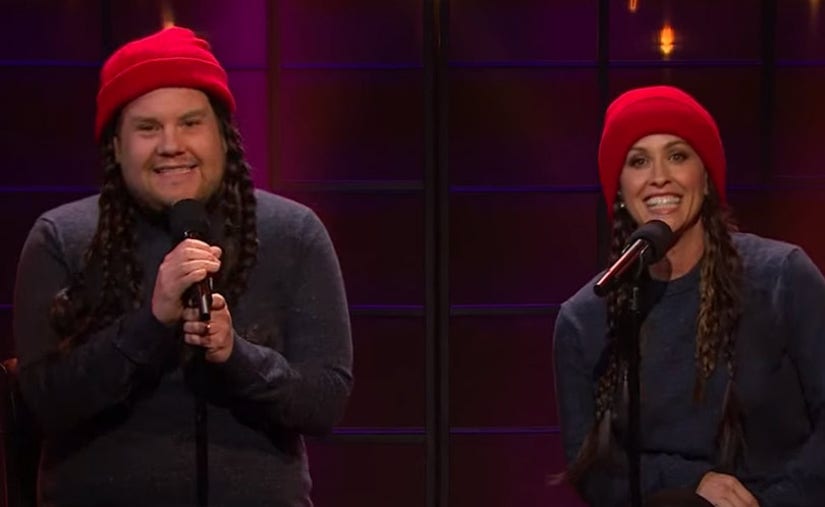 This might be the best thing you see all day.

Alanis Morissette stopped by "The Late Late Show with James Corden" on Monday, where the duo slayed their performance of the 41-year-old singer's hit single,"Ironic," with some newly-updated lyrics.

Check out the video below to see Corden's hilarious take on the Grammy-winner's beloved song!

But, it was the updates to the songstress' track that really made their performance great.

"An old friend sends you a Facebook request/ And you only find out they're racist after you accept," Morissette belted in the skit.

"There's free office cake on the first day of your diet/It's like they announce a new iPhone the day after you buy it," Corden followed-up.

The pair also made sure to mention other popular apps and platforms like Tinder, Uber, Snapchat, Netflix and Twitter.

"It's like swiping left on your future soul mate/ It's a Snapchat that you wish you had saved," they sang.

We are loving this new version of Alanis' "Ironic" -- what do you think about the duo's updated lyrics? Tell toofab in the comment section below and check out the gallery above to see more women of the '90s then and now!