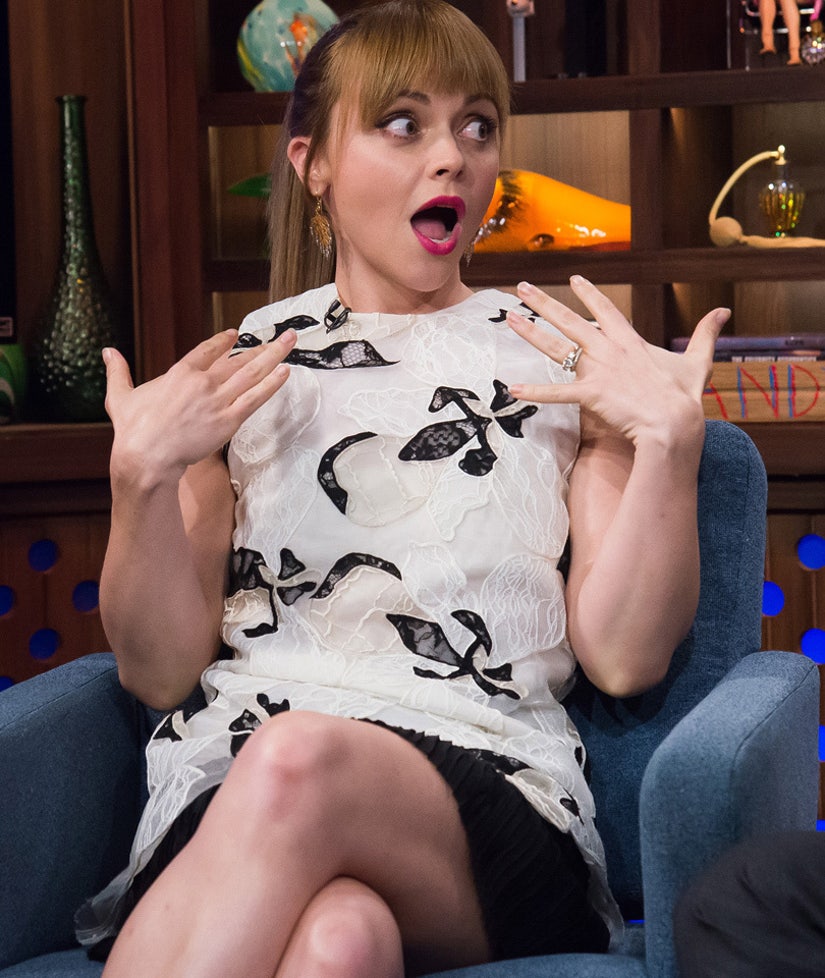 Even A-list actresses get rejected!

During last night's episode of "Watch What Happens Live," Christina Ricci revealed that Leonardo DiCaprio pushed her away when tried to kiss him. But, don't worry, it was only during an audition.

"I had to kiss him in the screen test, and I was 14 or 15. I was so nervous, and I didn't want anyone to know I was afraid to kiss him," she continued. "So, I just went for it, and he pushed me away. I turned bright red."

Check out the clip to hear more about her embarrassing moment!

Later in the show, Ricci recreated her infamous role in "Mermaids," alongside Andy Cohen and fellow guest John Benjamin Hickey.

The actor sported a plaid shirt and black wig to fill in for Winona Ryder while the host paid homage to Cher's character.

"That was the worst Cher impression. You'd think you'd be better at that," Hickey joked.

You don't want to miss the video below!