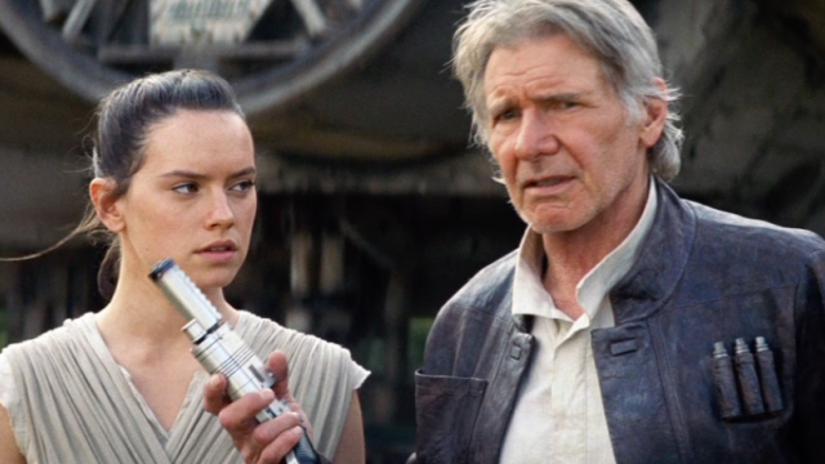 The Force is strong in this new trailer.

A brand new look at "Star Wars: The Force Awakens" debuted during last night's TGIT block on ABC, giving us a new look at our returning favorites and series newcomers in intergalactic action.

While the clip starts off with some familiar shots and Lupita Nyong'o's voice over asking, "Who are you?" to Rey (Daisy Ridley), it kicks into gear with some new footage about halfway through. We see TIE fighters, Han Solo (Harrison Ford) handing Rey his gun while telling her "You might need this," Solo himself blasting some unknown assailants alongside Chewbacca, and Finn (John Boyega) battling against a Stormtrooper.

In one quick moment, we also get a look at BB-8 maneuvering down stairways with Rey, walking into the Resistance's command center, where General Leia waits. While we don't see Carrie Fisher's face this time around, her presence is definitely commanding -- and we can't wait to see this former Princess call the shots. Surrounding her are C-3PO, Han, Admiral Ackbar and what looks like Fisher's own daughter, Billie Lourd, who has a minor role in the film.

"Every generation has a story," the trailer teases. We'll see that story unfold when "Star Wars: The Force Awakens" hits theaters December 18.