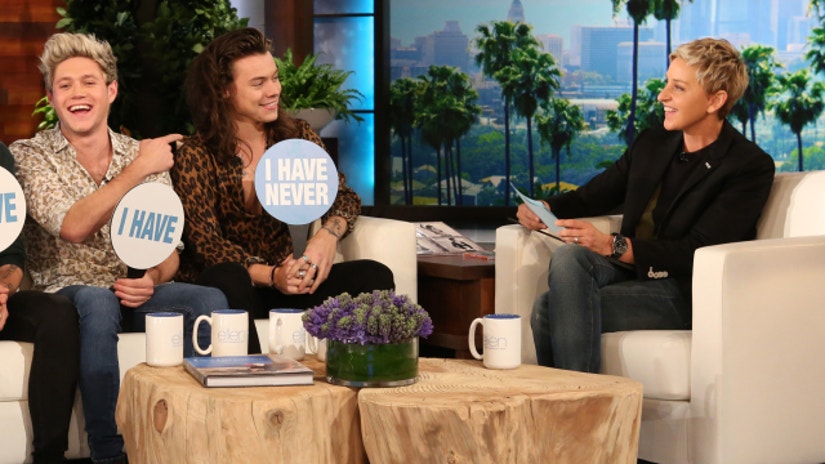 The boys of One Direction were in the hot seat on "The Ellen DeGeneres Show" today -- where the host grilled them on everything from past hookups to "naughty text messages" in a game of Never Have I Ever that made Harry Styles very uncomfortable.

Right off the bat, DeGeneres addressed Taylor Swift's numerous tunes about her ex-boyfriend, asking the guys to reveal if they've ever had a song written about them. Styles held up a sign reading, "I Never Have" -- only to have Ellen completely call him out on it.

"We're not gonna play if you're gonna lie," she scolded him. "We're very honest in this studio, we're very truthful!"

After a couple of the guys revealed they had some tattoo regrets, she then asked who's made out with someone twice their age before.

"What is this game? I'm not having fun," Styles squirmed, before slyly holding up the "I Have" paddle.

The best question: Who's hooked up with a fan?

The Q prompted squeals from the audience as only one of them held up the "I Have" sign -- who do you think it was?

Check out the video above to find out -- plus, see who's gone skinny dipping, find out if any of the guys have dated the same women and who's send a "naughty text" to the wrong person.

VIDEO: Madonna & Justin Bieber Play Never Have I Ever

Later on the show, DeGeneres put them on the spot about ex-band member Zayn Malik, asking if they knew for a while that he'd be leaving the group.

Check out their awkward responses below: 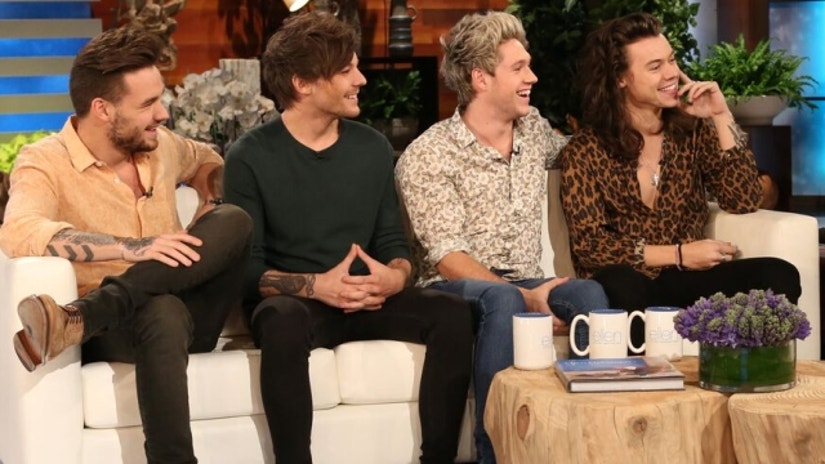