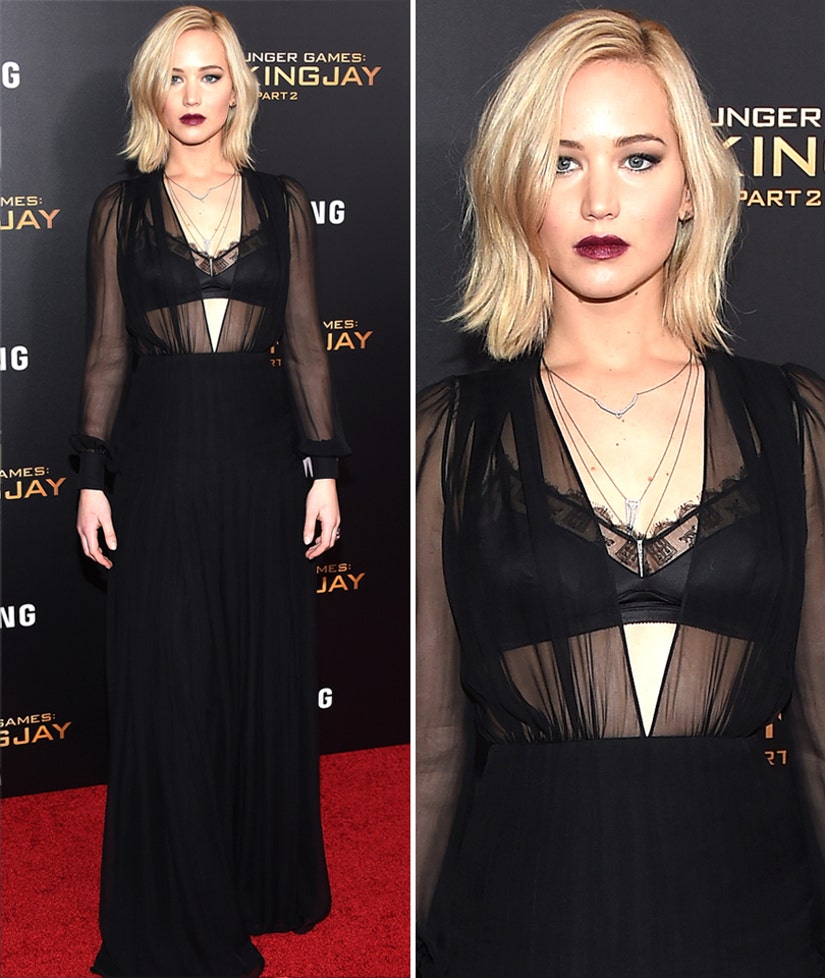 Jennifer Lawrence is known for being clumsy on the red carpet, but it seems her infamous falls aren't her most embarrassing moments!

"Everybody thinks they've witnessed my most embarrassing moments, because I fell on my face getting an Oscar and then I fell the next year on a cone, but there's these two really humiliating stories that are my most embarrassing moments that I've never talked about because it's so genuinely embarrassing," she told Jimmy Fallon on "The Tonight Show" after attending the New York City premiere of "Hunger Games: Mockinjay Part 2." "But now I feel like the statute of limitations on humiliation is up, and I'm ready."

J.Law's first faux pas happened back in 2013 when she was promoting "Silver Linings Playbook." The actress was approached by an older woman at a party, who she thought was Elizabeth Taylor. But, of course, Taylor died in 2011.

So, what did Jen do? She "just took off running."

Lawrence's other mortifying moment involved Francis Ford Coppola, an unzipped Tom Ford dress and a thong. Check out the clip below to hear that epic story!

After Jennifer and Jimmy compared funny moments, the two showed off their dance moves in a hilarious skit called "Come Dance With Us!"

"I don't know if you've heard about this, but a lot of people have been telling me that there's this infomercial that airs at 3 a.m. on QVC starring these two people that apparently look like you and me," Fallon said.

"Oh, you mean the 'Come dance with us?'" the actress replied. "Yeah, people tell me about this all the time, but I've never actually seen it."

The comedian went on to say that he TiVo'd the infomercial and would let the audience decide if they pair actually look like them. Cut to Fallon and Lawrence as Des and Dash, dressed in colorful '80s gear with side parts and colorful shades.

The pair then introduced some new dance moves including, "Check the Door," "Bury the Nut," "Peekaboo-a-Choo," "Kick Waterfall," "That Doesn't Sound Anything Like Him," and more. You have to see these two in action!