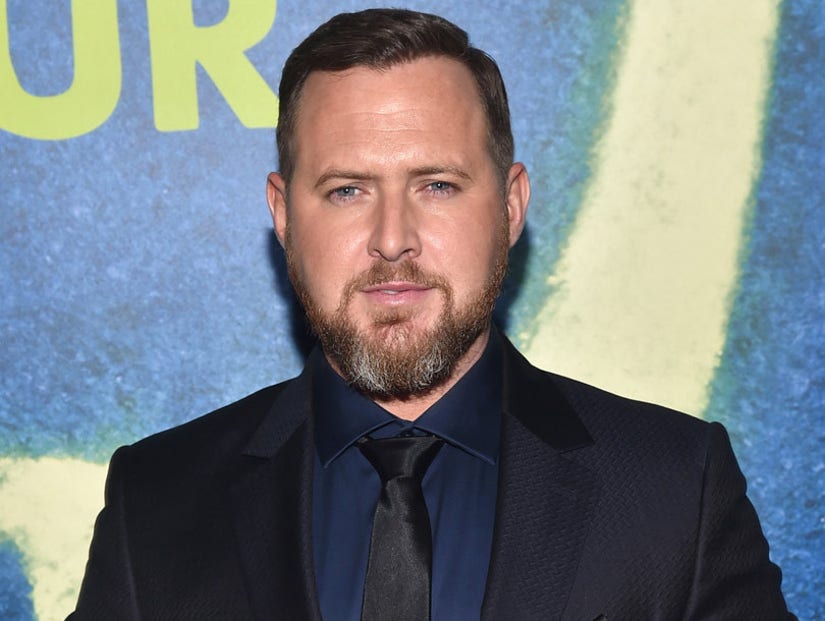 A.J. Buckley was fresh off a role as one of the most brutal and violent characters on "Justified" when he got the call for his next project: The voice of a rowdy cowboy T-Rex in Disney-Pixar's "The Good Dinosaur."

And it's actually his work as psychopath Danny Crowe that helped him get the part!

Keep reading to see what the incredibly candid 37-year-old actor said about his unique casting experience for the new film, holiday traditions and what he hopes kids take away from the animated flick.

toofab: How does it feel to be part of the Disney-Pixar family?

Buckley: I was trying to figure out a great analogy that didn't sound too cliché, because it was such a random call, but it was like getting the call that you made the Olympic team. Pixar is so top of the game and what they make – I'm a massive Pixar fan, Pixar has been a really important part of my life. I'm just a total dork and super nerd and I love their movies and their ability to tell stories and just how an animation movie can affect you in such a way.

toofab: And we heard your work on "Justified" helped you get the part ...

Buckley: When my agent called and was like “I just got this call from Pixar ... they're interested in you for a role," [I'm like] "So, am I auditioning?" and she was like "No, straight offer” and I was like “what, this is crazy, are you sure this is for me and not one of your other clients?"

So when I got up to Oakland and went to the offices, I asked [Director Pete Sohn], "How did this happen?" and he was like "I was a fan of your character on 'Justified,' Danny Crowe." Anna [Paquin] and Sam [Elliott] were in cast, and I guess he had been watching my season and took a couple of the scenes from an episode and mixed it in against Anna and Sam's voice and it blended the way he wanted.

He was like, "So when we do the voice, just do Danny Crowe," but Danny Crowe was a sociopath. He was a rapist, murderer, so I was like, "How do I do this?"... it had been a while since I played him. On "Justified," I had a huge mouth of chew while I was doing it, so [for this], I had this plate of Jolly Ranchers, so I literally squished up these Jolly Ranchers and filled my mouth. I did the entire session, every time I went to go do them I had to stick a Jolly Rancher in my mouth. Your whole mouth starts watering like crazy, so spit's going everywhere!

toofab: As a new parent, how does this film resonate with you?

Buckley: I become more fearful of life and my mortality since having a kid and being able to be a strong person for her and for my fiancé. So, this hit home a lot, especially because I had an incredible father. He and I just had this really special friendship, and I lost him a couple years ago, and that scene with the dad, where you can't see the footprints, I lost it in the theater.

With everything that's going on in the world, especially what just happened in Paris, you have the holidays coming up, it's really important that we have moments where we get to go to the movie theaters in this great country and see a cool movie with our family that maybe opens up discussion about real stuff like life and death and values and being a cohesive family and working together and working through your problems and that's a really special.

toofab: Now you mentioned the holidays coming up, this movie comes out on Thanksgiving, is there something you guys as a family have as a tradition?

Buckley: Christmas to me, I still believe in Santa Claus. I really do. I have to put the cookies out. It's my favorite thing to do. I can't wait to share it with my daughter this year because she'll really understand it. I don't believe that you have to wait until Thanksgiving to put up the tree. Like I already started putting up my Christmas lights!

I have a really tight knit family and an incredible group of friends out here and I think again with everything going on in the world, moments that we have with each other are so precious. And to stop and enjoy it and not worry about if the turkey is perfect or if there is traffic or if you missed your flight or whatever it is. When things happen that are crazy in the world, you have to have a moment where you reflect and take it in and cherish what we have and don't let the darkness drown out the light.

toofab: Now your daughter, is she old enough to understand what is going on in this film already?

Buckley: It will be a movie that I'm sure she will watch over and over again because it's kind of a timeless thing which is pretty cool. It's also going to be cool for her on the playground when she's like "So, what does your dad do?'" and she's like "Well, my dad's a T-rex." Drop the mic and leave the sandbox.