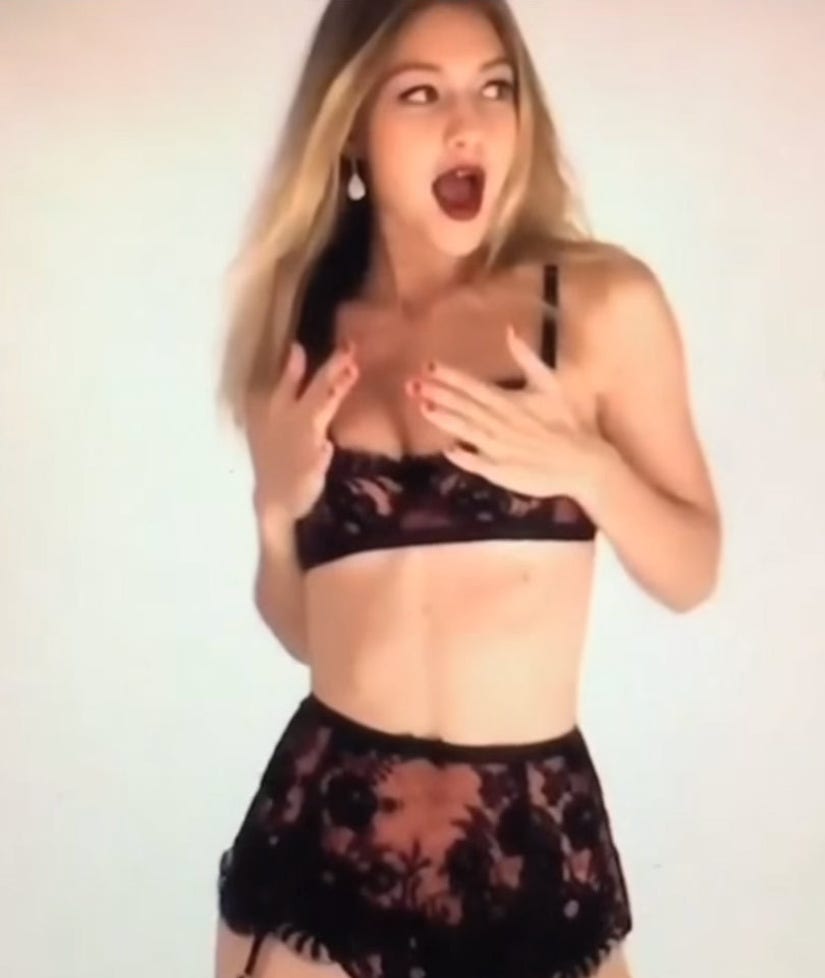 After Kendall Jenner covered up in a shark suit for Love magazine, her BFF, Gigi Hadid, is stripping down to her skivvies for Day 2 of the famous advent calendar.

In the two-minute clip, the Victoria's Secret Angel dances around in nothing but lace lingerie, putting her enviable bod and killer smile on full display.

The blonde bombshell has even more to celebrate this morning, as she just revealed that she landed the cover of the January issue of Vogue UK.

For Gigi's debut cover, she looks gorgeous in a striped Topshop sweater, Bally leather jacket and a newsboy cap. 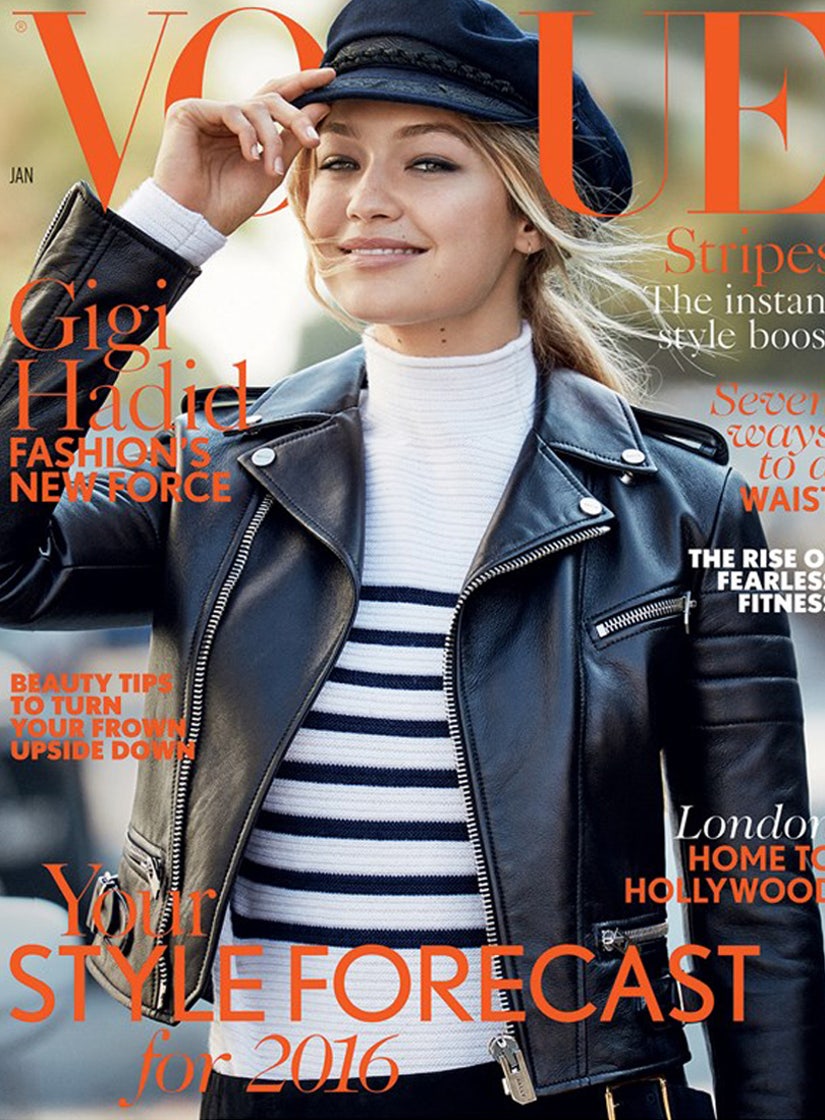 Hadid also talks about her social media presence, declaring that she stays true to herself.

"I don't change anything about myself - what I post just works," she tells the mag. "When people are different on social media than they are in real life, it becomes forced. Cara Delevingne was never scared of being weird. She opened that door for me. But I don't think I just get hired because I have Instagram followers. My jobs are also what gets me followers."

"Kendall's more guarded. I'm more feisty," she reveals. "I don't want to say outgoing, because she is really outgoing once you get to know her. And when we're both having fun, she makes me a lot more spontaneous. It's a good balance. But neither of us likes to stay out past 11."

Check out Gigi's debut when the new issue of Vogue UK hits newsstands on December 7.