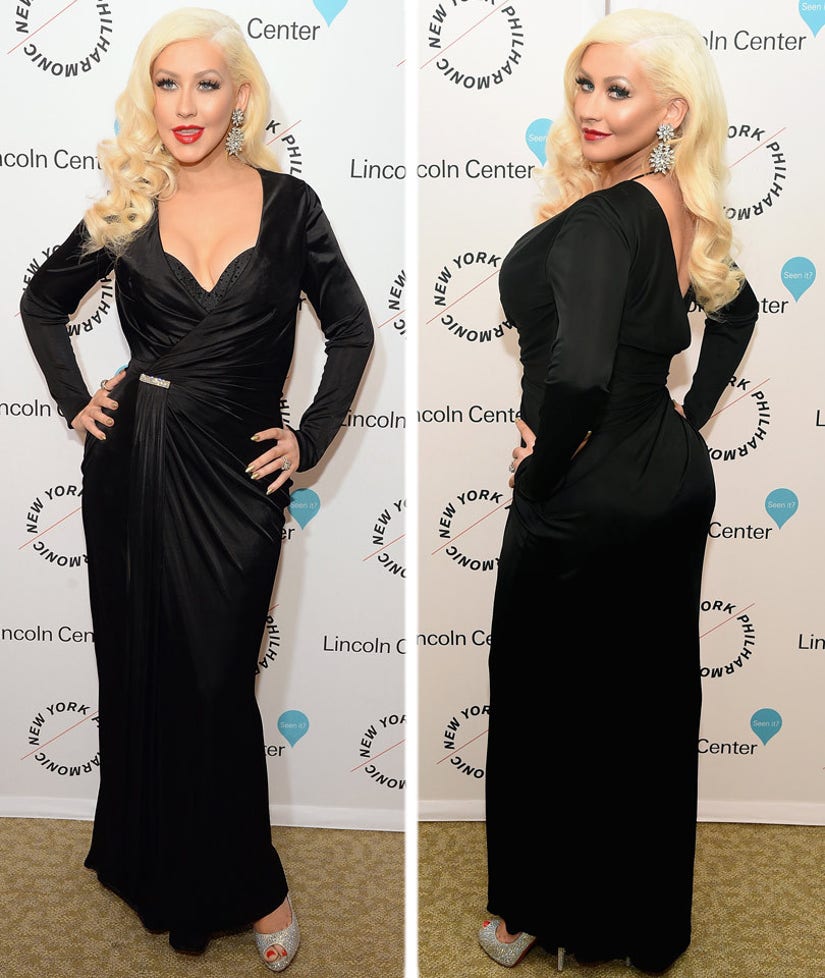 Christina Aguilera looked more glamorous than ever on the red carpet Thursday night, when she attended and performed at the Sinatra Gala in NYC.

The "Beautiful" singer showed off her curves in a black satin Versace gown, which featured an embellished bra that showed off tons of cleavage. She styled her hair in bombshell curls and finished the look with her signature red lip, chandelier earrings and sparkly Christian Louboutins.

The 34-year-old is the picture of old Hollywood glam -- doesn't this look remind you of her "Back To Basics" days?!

The mom-of-two took the stage at the event, which celebrated what would have been Frank Sinatra's 100th birthday. The songstress performed one of the legend's songs alongside "Family Guy" creator Seth MacFarlane.

Christina is set to make her return to "The Voice" again next season and recently sounded off on what she thinks of her fellow judges Blake Shelton and Gwen Stefani's new relationship.

"I've known Gwen for a really long time," she told US Weekly. "We went to each others' kids birthday parties, we share the same management, and Blake I know now from the show. The two of them are both great people. Gwen's such a great mother and a hard-working mother too! It's not easy to juggle 'The Voice' and music and children — it takes a strong woman. And obviously I'm always in support of that. And I do know what it's like to go through a divorce myself, and it's tough!"

How amazing does the star look? Sound off below then click "Launch Gallery" for more pop stars then and now!