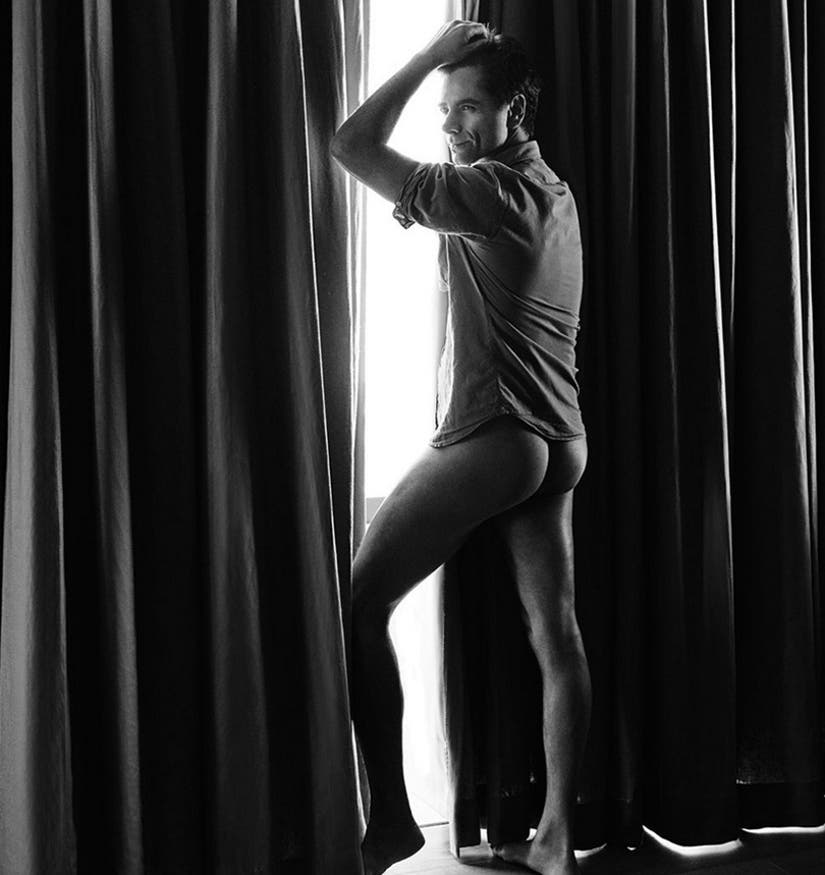 The booty shots keep coming from Paper Magazine -- but this time, it's a man who's exposing his derriere.

John Stamos bares his butt for the publication's Fandemonium issue, calling it the craziest thing he's done all year. Sporting nothing but a button-up and a sly smile, Uncle Jesse looks hotter than ever with his backside on display. Hard to believe it, but yes, those buns belong to a 52-year-old!

Kim Kardashian, Paris Hilton and Amber Rose have also flaunted their assets for the mag, so John's in very interesting company.

Inside the issue, he does a quick Q & A, where he reveals the "most amazing thing" about being John Stamos.

"Basically, I get to meet truly extraordinary people. I especially like the funny ones. This life has surpassed my ability to describe it. It's wondrous. I've found myself in so many absolutely unbelievable situations, it's all wonderfully insane," he explains.

Other fun tidbits: He says he's a "crappy" singer, he regularly reads The Huffington Post and he binge watches "Inside Amy Schumer."

He's also asked if he has Google Alerts set up for himself.

"No way. I rarely read about myself — mostly because I'm tired of 'me' — and also if you believe the good stuff, you have to believe the bad stuff. I just stay away," he adds.