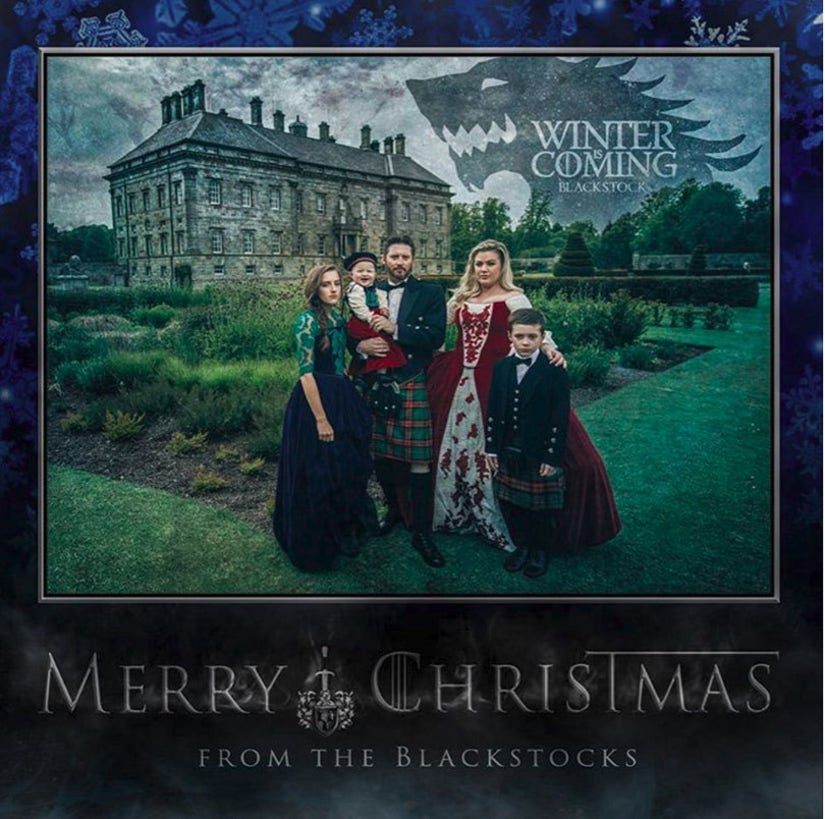 Kelly Clarkson shared her family holiday card with her Instagram followers on Tuesday -- and it looks like the star gave her holiday greeting a "Game of Thrones" twist!

In the photo, the singer sports a medieval red and white gown as she poses with hubby Brandon Blackstock, who is rocking a kilt, as he holds adorable little River Rose. Also in the photo is Blackstock's son Seth, who rocks a mini version of his dad's look, and his daughter Savannah, who wears an elaborate green and navy dress.

The family all sport somber looking expressions in the photo, with the exception of 17-month-old River, who can't help but flash an adorable grin! The famous motto of House Stark, "Winter is Coming," is featured in the right hand corner, along with the family's direwolf sigil. 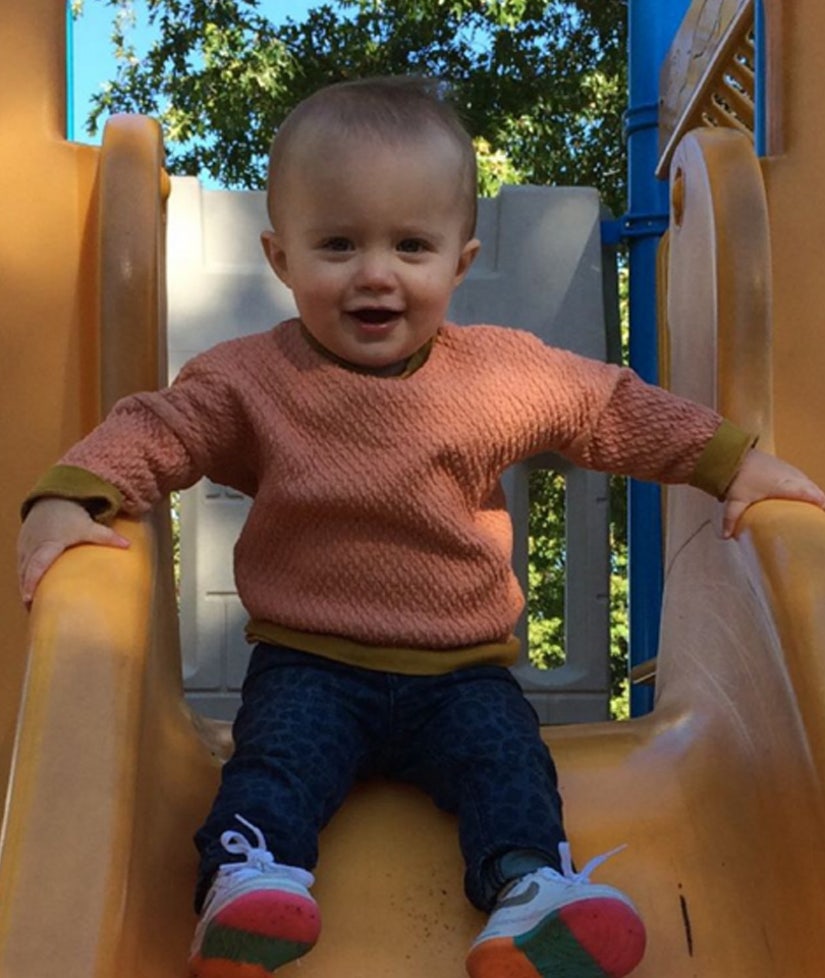 The cute couple, who are expecting baby number two, revealed in October that they are giving River a little baby brother. Kelly initially revealed her pregnancy at a concert in August, before revealing her second child's gender in an adorable Instagram post.

"In other news, River's gonna have a little baby brother :) #itsaboy We're so excited!" she captioned a precious photo of the tot playing on a slide.

What do you think of the star's awesome X-mas card? Sound off below then click "Launch Gallery" for more celebrity holiday photos!