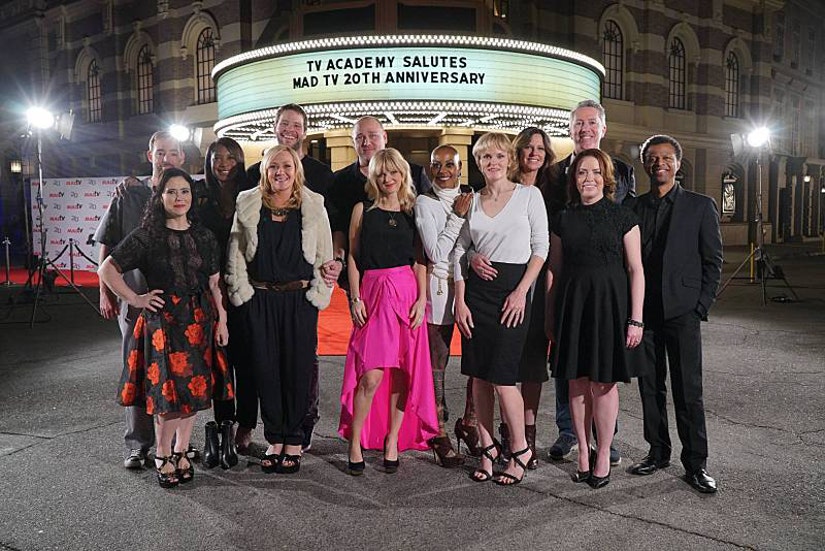 Ms. Swan, the Vancome lady, Bon Qui Qui, Stuart and more are all returning to TV for one night only.

The CW just announced they'll broadcast the "MADtv 20th Anniversary Reunion" on January 12 -- and we've got one incredible photo of the cast from the gathering.

The televised celebration will highlight unforgettable moments and sketches from the show's 14 seasons, which came to an end in 2009. The special will also include new material -- as, according to a press release, "the cast reunites to attend a glamorous award ceremony to honor the series, but in classic “MADtv” fashion, nothing goes as planned."

Other stars popping up for the show include Bobby Lee, Nicole Parker, Aries Spears and many more.

CW Seed will also stream 75 of the "maddest and funniest episodes" of the series beginning January 5, 2016.

Will you be tuning in next year? Sound off below!