Fall Out Boy and Demi Lovato pay homage to *NSYNC in their new video for "Irresistable," with the band turning into living dolls just like our favorite boy-banders did in "It's Gonna Be Me."

And speaking of those NSYNCers, two of 'er appear in the clip. Lovato is seen working at a toy factory alongside Chris Kirkpatrick, while Joey Fatone owns the toy store the dolls are shipped to. 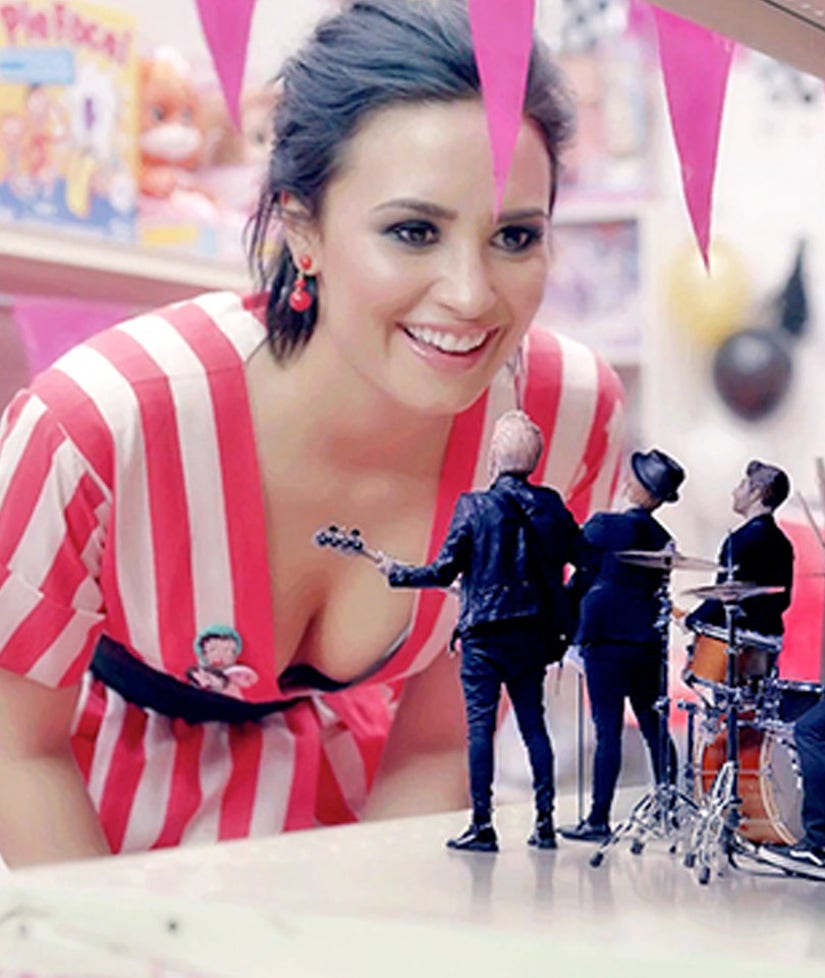 FOB talked about their decision to channel the original music video on their official website. "I was looking back at the video for 'it's gonna be me' — where they come to life as dolls—and we thought was there an analog to this story?" the band wrote.

"Like somewhere in that same store was there a dollar bin full of toy that no one really wanted? That would band together like the misfit, offbrand little outsiders they were. The toys no one ever wanted come to life. Where would our band have fit in that story?"

Check out the "Irresistable" music video above!

For old time's sake, let Justin Timberlake and his boys serenade you below. (You know you can't resist!)