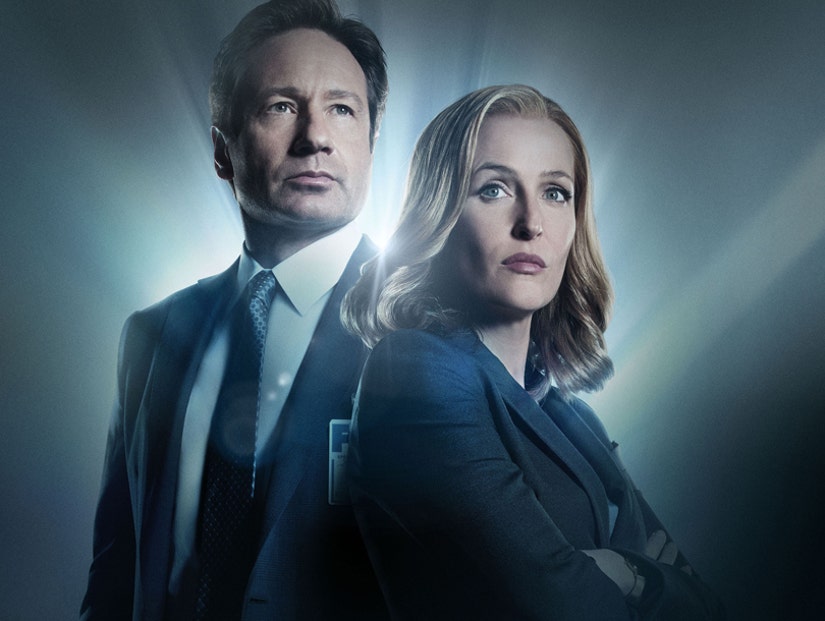 23 years after getting her big break as Dana Scully in "The X-Files," Gillian Anderson is still waging a battle against unfair wages.

When the show first started out, the actress was paid much less than co-star David Duchovny, something which later led to a lot of tension on set of the then-massively popular show.

"I can only imagine that at the beginning, they wanted me to be the sidekick," Anderson says in a new interview with The Daily Beast. "Or that, somehow, maybe it was enough of a change just to see a woman having this kind of intellectual repartee with a man on camera, and surely the audience couldn't deal with actually seeing them walk side by side!"

And looking back now, the ordeal clearly left a bad taste in her mouth.

"I have such a knee-jerk reaction to that stuff, a very short tolerance for that s--t," she continues. "I don't know how long it lasted or if it changed because I eventually said, 'F--k no! No!' I don't remember somebody saying, 'Okay, now you get to walk alongside him.' But I imagine it had more to do with my intolerance and spunk than it being an allowance that was made."

While she eventually got that equal pay, Anderson says she was "shocked" to learn she was once again being offered less than her male counterpart when the offer came in for Fox's new limited series.

"I'm surprised that more [interviewers] haven't brought that up because it's the truth," Anderson says of being offered "half" of what David was getting. "Especially in this climate of women talking about the reality of [unequal pay] in this business, I think it's important that it gets heard and voiced. It was shocking to me, given all the work that I had done in the past to get us to be paid fairly. I worked really hard toward that and finally got somewhere with it."

"Even in interviews in the last few years, people have said to me, 'I can't believe that happened, how did you feel about it, that is insane.' And my response always was, 'That was then, this is now.' And then it happened again! I don't even know what to say about it. It is ... sad."

A source tells The Hollywood Reporter that the two did end up taking home the same payday for the new, 6-episode run.

The two also recently appeared on "Jimmy Kimmel Live," where the late night host grilled them about tension on set back in the day.

"There was a lot of camaraderie, it seemed like, was it always like that?" he asked. "NO," they both emphatically responded, before agreeing there were some "rough patches" in the '90s.

While Gillian's pay gap and David's dislike of filming in Vancouver have been well documented, Anderson offered up another explanation for the tension.

"We shot in Vancouver and it's very moist in Vancouver," she said, before cracking up laughing. She went on to explain that the humidity messed up her hair, causing delays in shooting because they'd have to touch it up between takes. "And I got pissed at that?" David asked. "I think it added to the tension," she added.

"That kinda makes me sound like an a--hole," David shot back.

"The X-Files" returns Sunday -- will you be watching?