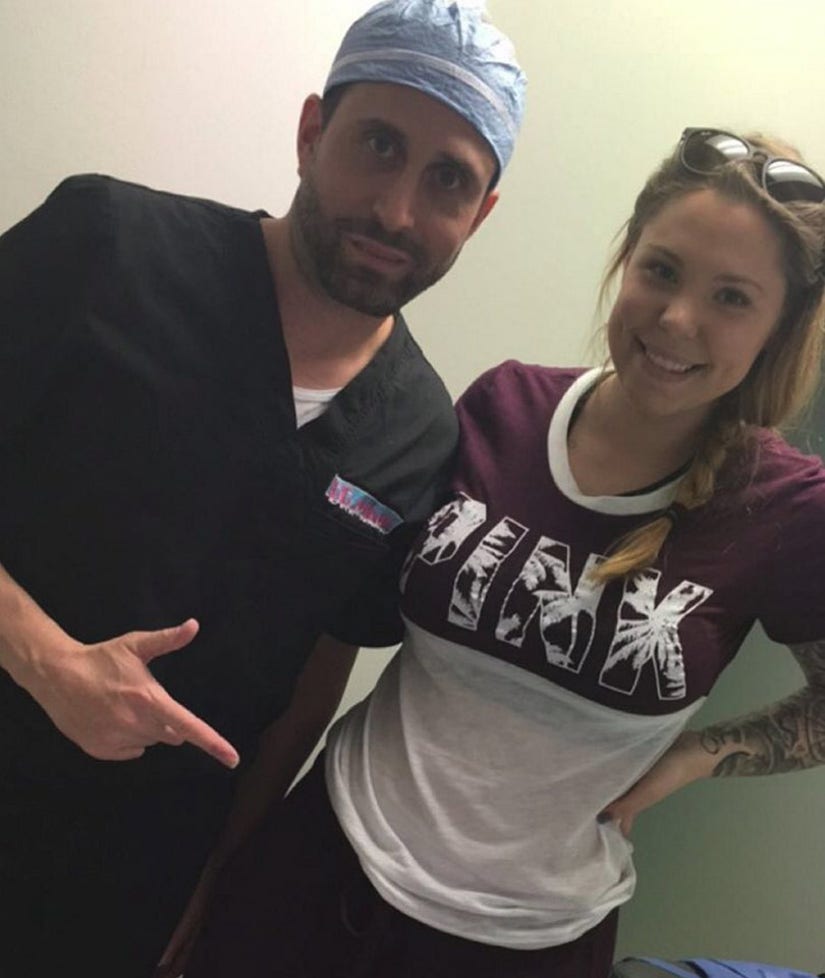 There's a new Twitter war brewing between two of the stars of "Teen Mom 2."

Kail Lowry went under the knife last week, getting a tummy tuck, liposuction in her neck, and a Brazilian butt lift from Dr. Michael Salzhauer, aka Dr. Miami -- the same doc who reportedly also offered up his services to fellow reality star Jenelle Evans.

Evans -- who has gotten a boob job in the past -- tells Us Weekly she had a consultation to shave down her chin, but decided against it when she saw how invasive the procedure would be.

"[Kail] looks great, and I'm happy [for her]," Evans added, commenting on Lowry's results. "Whatever makes her happy. That's her choice. It's just not mine. It's her decision. It's her body. No one can tell her what to do."

FYI -- Lowry posted the photo above yesterday, showing off her new slim figure alongside the doc.

Though that sounded like she was giving her fellow "Teen Mom" props, Lowry certainly didn't see it that way. She quickly took to Twitter to send out a message about Evans' comments ... and re-tweeted a comment from a follower who said the other girls on the show were just jealous.

They just mad cuz @KailLowry got the best booty of the Teen Moms... Og's and Double OG's

Sometimes you just have to block people in life that you once believed to be your friend.

She also replied to a fan who asked if the two could patch things up.

I've always been the black sheep of the group, it's all good. I'm use to it now. https://t.co/7RnQNvEtFd