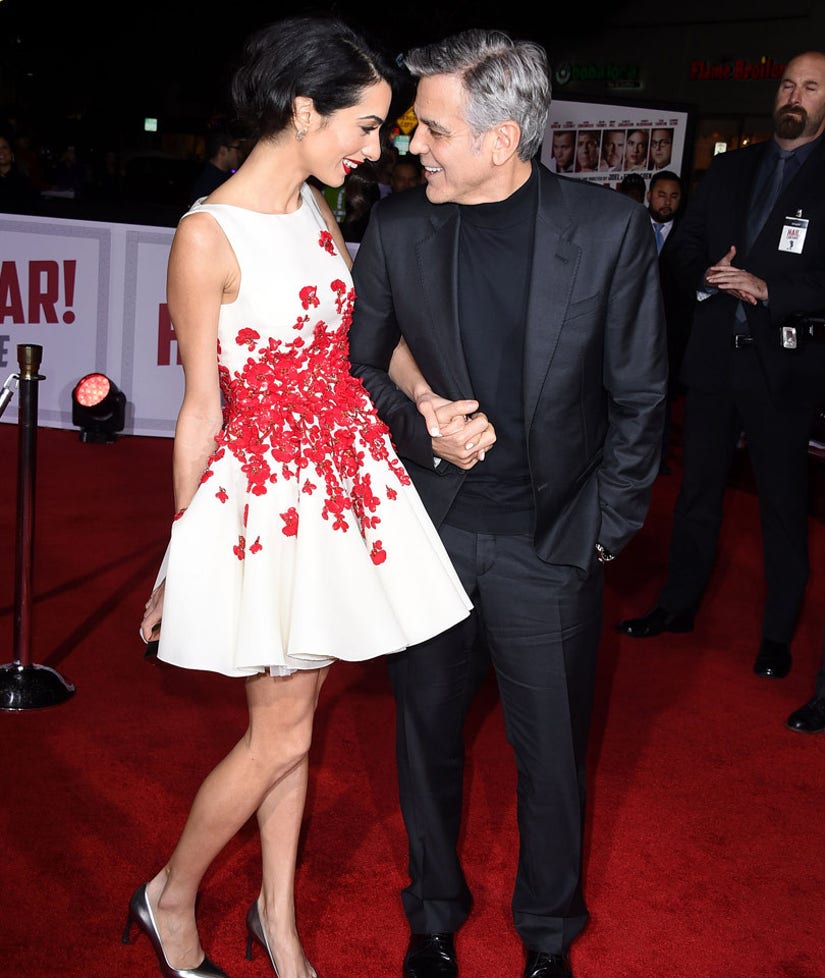 George and Amal Clonney stole the spotlight at the Los Angeles premiere of "Hail, Caesar!" on Monday night, as they shared a sweet moment on the red carpet in front of photographers.

The actor looked dapper in head-to-toe black as his stunning wife wore a red and white mini dress by Giambattista Valli that was similar to the floral frock she wore just before her wedding in 2014. The British beauty completed her elegant ensemble with metallic pumps, a soft updo and a killer red lip. 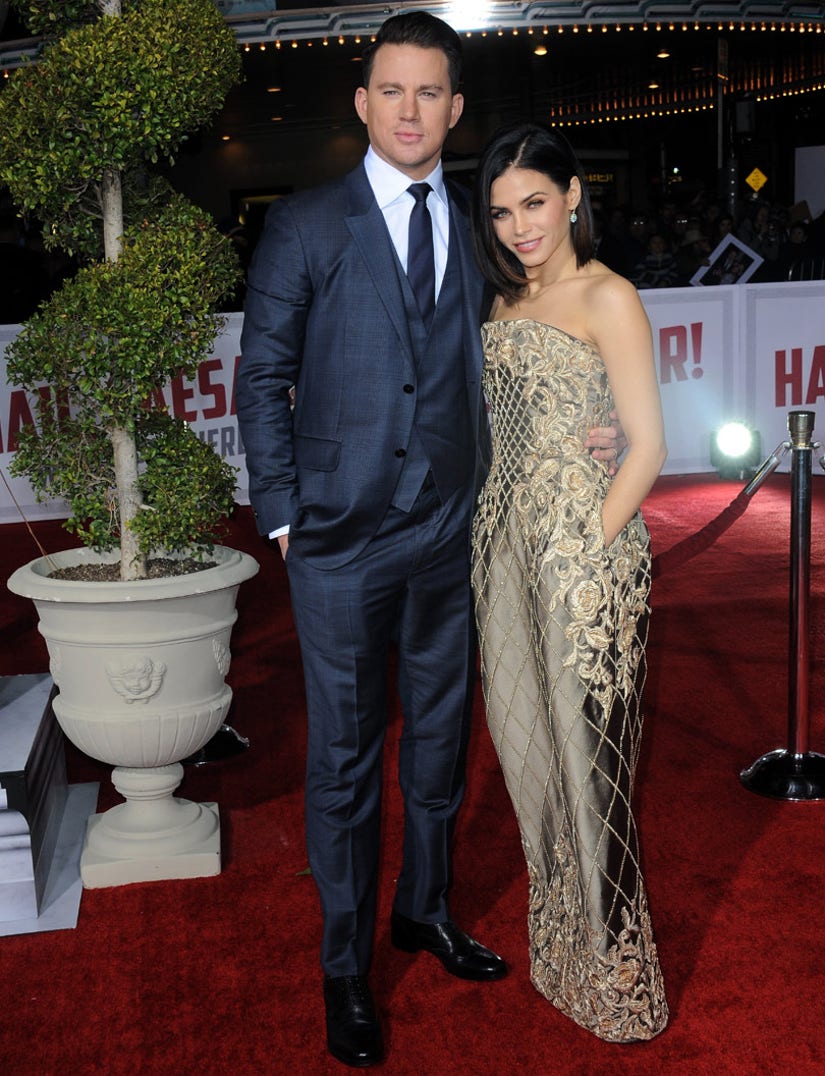 Another cute couple to make a statement at the event was Channing and Jenna Dewan-Tatum.

The "Magic Mike" hunk looked as handsome as ever in a three-piece blue suit as the "Supergirl" star stunned in an embroidered gold gown.

In the flick, which was directed by the Coen brothers, Clooney plays a movie star who vanishes from the set of his 1950s-set comedy, "Hail Caesar, a Tale of Christ's Life," prompting a studio fixer (Josh Brolin) to rally some of Hollywood's biggest names to rescue him.

"The fantasy was to wear the leather skirt. That was my fantasy," Clooney joked to PEOPLE about why he took the role. "I don't know an actor that the Coen brothers would come to and say, 'hey, I've got a movie for you to be in and if you want to do it,' that would say no. I mean, that's the truth."