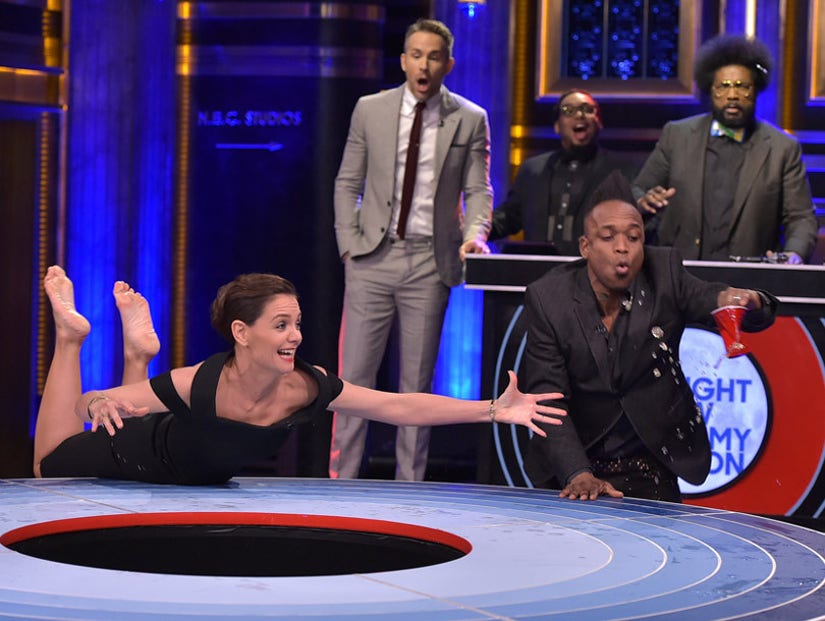 Who knew Katie Holmes was so competitive?!

The actress stopped by "The Tonight Show" on Tuesday, where she took on Ryan Reynolds, host Jimmy Fallon and The Roots in a game of musical beers.

The rules were simple: each person had to grab a red cup when the music stopped. Like musical chairs, the competitor left without a brew in their hand got the boot, continuing until only one cup (and one player) remained.

The "Touched With Fire" star proved to be a fierce competitor from the start. She quickly knocked out the "Deadpool" star by grabbing the beer right out of his hand!

Next up, Fallon got the boot, and the "Dawson's Creek" alum was left to battle it out with band member Kirk Douglas.

Check out the clip to see if Katie came out on top after diving across the table!

Later in the show, Holmes talked about watching the Super Bowl halftime show with her daughter, Suri.

It seems the 37-year-old star is a huge fan of Beyonce, and she even joined in during her performance.

"We were excited and we joined in, as though we were a part of it," the actress told Jimmy. "And then we cheered."

When the music started playing, Katie hopped up out of her seat to show off her best dance moves.

See her in action in the video below!