Kristen Wiig is at it again!

The comedienne stopped by "The Tonight Show Starring Jimmy Fallon" on Thursday, where she did an entire interview with Jimmy Fallon in character as Broncos quarterback Peyton Manning.

Check out the video above to see her hilarious impression! 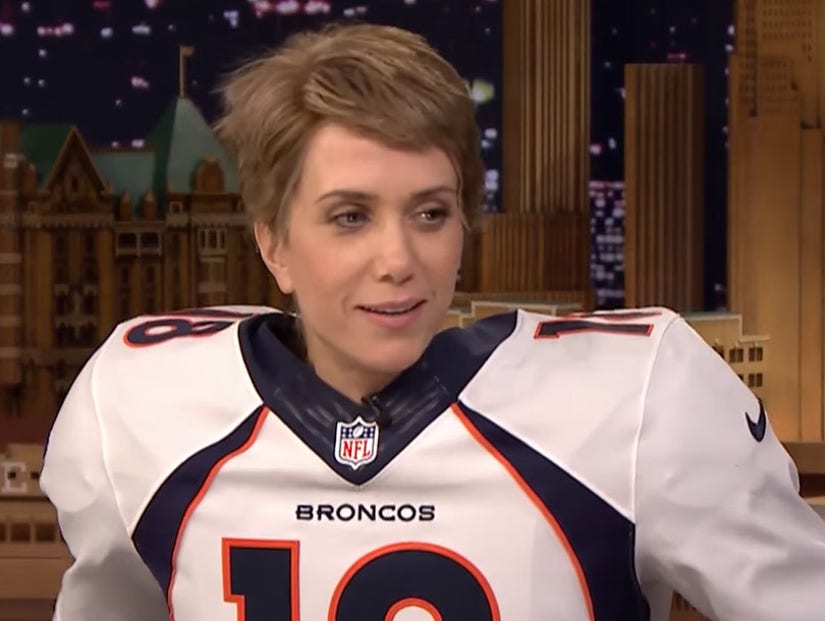 "The final seconds of the Super Bowl ... what are you thinking?" Jimmy asked.

Later in the clip, the dynamic duo played a round of "Rapid Fire" where Kristen was asked to answer questions (as Peyton) as quickly as possible. Needless to say, some of her answers were pretty ridiculous.

This isn't the first time Wiig has done an interview in character -- she's impersonated Harry Styles, Michael Jordan and "Game of Thrones'" Khaleesi!

What do you think about the actress' Manning impression? Sound off below and check out the gallery above to see more sexy stars!