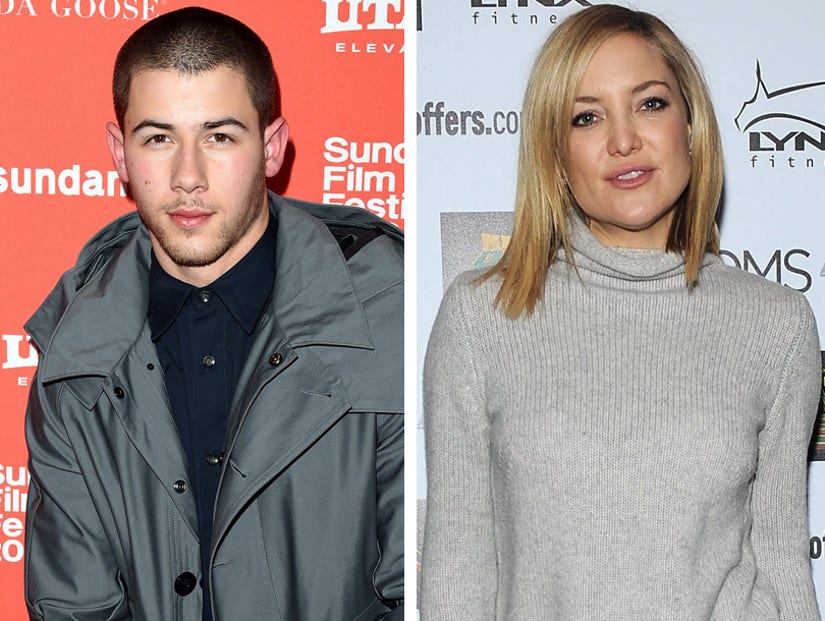 Kate Hudson isn't spilling too many dirty details about her personal life.

The actress stops by "The Ellen DeGeneres Show" on Monday, where she gets grilled about those Nick Jonas dating rumors.

Without naming any names, the talk show host goes right in on her guest.

"I am dating," the mother-of-two teases while sporting a shy smile.

The "Kung Fu Panda 3" star has been dodging questions about her rumored romance with the former Jonas Brother for months.

The two have been spotted out numerous times together since September -- they hit up Disney World in Orlando and had brunch together the following day in Miami. The 36-year-old even attended the ex-Disney star's concert at the House of Blues while in Florida. They also reunited at Super Bowl 50 and were spotted on a dinner date at Pace in L.A. last Wednesday.

Jonas also was asked in an interview with Complex magazine last month whether he had sex with Hudson.

"Kate's incredible," he declared. "We had an unbelievable connection as two humans who just admire things about each other, and see something in each other that's beautiful. Out of my best effort to respect her and her privacy, I'm not going to say if we had sex or not. But we did have a beautiful connection. Even now I have so much admiration and respect. She's amazing."

Check out the clip above to see Kate squirm when she's talking about the rumors -- plus, see her get a big scare!