Can we PLEASE make this happen?!

James Corden hilariously auditioned to be Ryan Reynolds' sidekick for his new movie "Deadpool" on Thursday's the "Late Late Show."

Check out the clip above to see Corden try on an array of different superhero-esque costumes to try to persuade Reynolds!

From James' hilarious Strawberry Shortfuse getup to his Potato Man costume, the comedian definitely had some unique ideas for the Marvel flick.

And at the end of the clip, there's a quick trailer for the duo's new movie "Double Deadpool" -- clearly, Ryan agreed to giving Deadpool a sidekick after all. 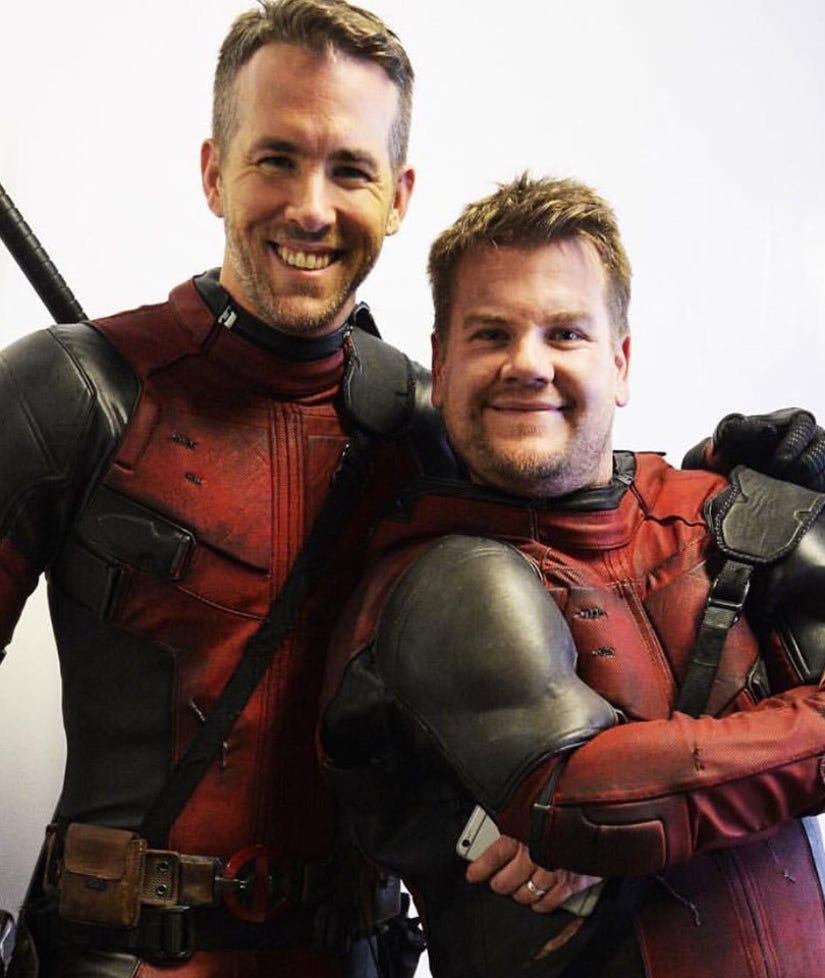 The 39-year-old even tweeted a shot of him and James in Deadpool costume. "First day of shooting the NC-17 #deadpool team-up film," he posted with the funny photo on Friday.

What do you think about Ryan and James' "Double Deadpool" trailer? Sound off below and check out the gallery above to see more sexy stars!