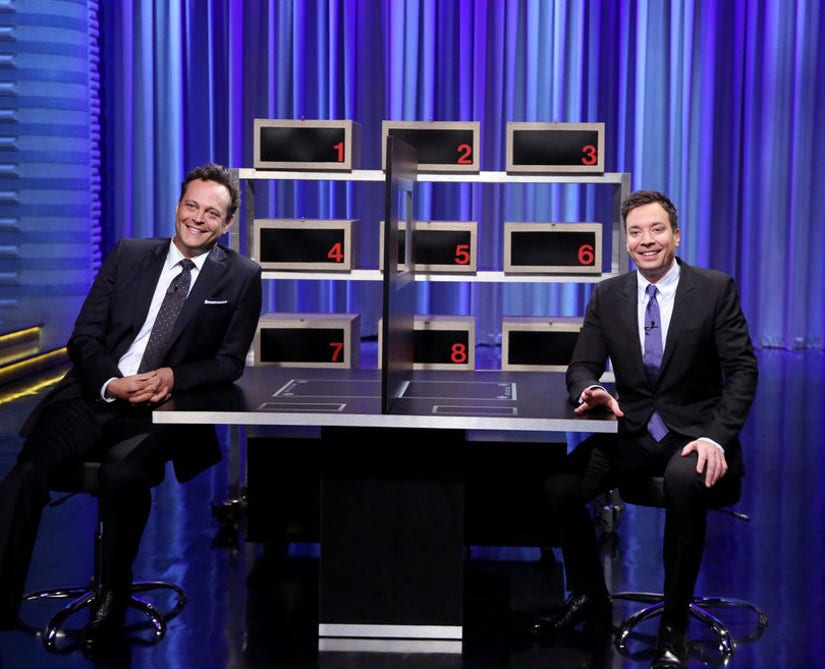 Vince Vaughn stopped by "The Tonight Show" on Thursday and gave the host a run for his money during a hilarious game of "Box of Lies." The game is simple, each player picks a numbered boxes off a shelf and has to describe the contents to their opponent, who then has to guess if that person is telling a lie or the truth.

The "Wedding Crashers" star went first and selected a box which contained some pretty ridiculous items.

"Well James, your crack staff has out done it this time,' the 45-year-old said. "They have cooked up...a dish, with a bunch of crayons and a large Incredible Hulk action doll."

The host tried his best to read his competitor and was sure that Vaughn was lying, but the funny man was telling the truth.

Next, it was Fallon's turn, and he immediately tried to throw the star by acting like his box was heavy. Ultimately, he lied about the contents telling Vaughn that his box contained a ruler made out of celery when it was a jelly bean filled taco!

"This is a fun thing, it's not even that funny, it didn't get a big reaction from the audience," he told the actor. "I'm just gonna describe it to you. It's a rule made out of a celery stick. Don't get in there man, 'cause you might not get out, you know what I'm saying," he laughed.