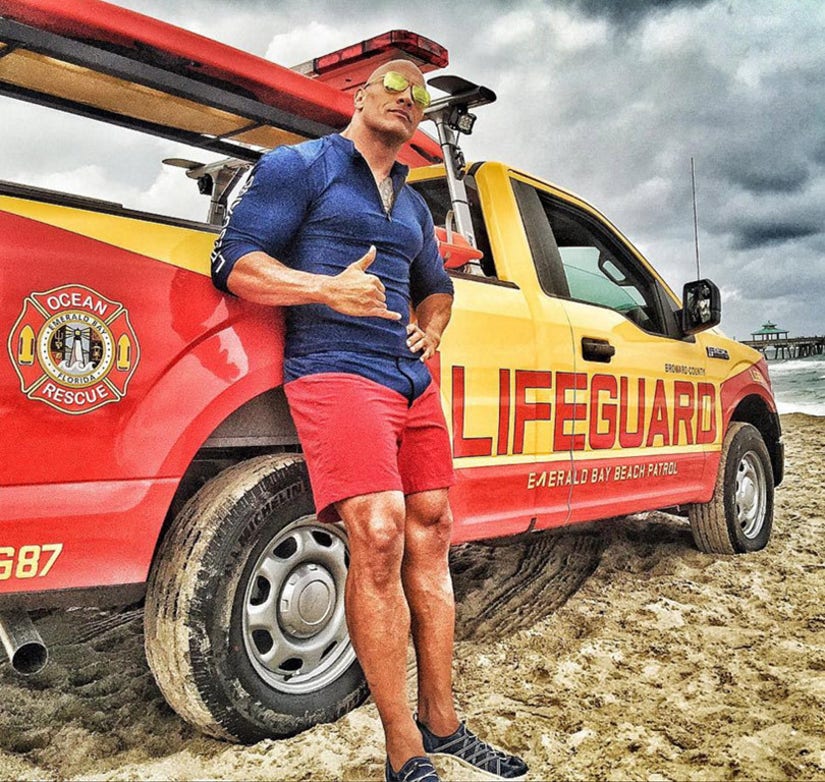 Who needs CPR, because Dwayne "The Rock" Johnson sure makes one sexy lifeguard!

The actor took to Instagram on Wednesday, where he gave fans a sneak peek of the new "Baywatch" movie.

In the shot, the WWE alum poses next to a lifeguard truck on the shore while dressed in head-to-toe beach patrol gear.

"Great day on the beach for 'Lieutenant Mitch Buchannon'. Beat up bad guys, saved a puppy from drowning and gave a woman mouth to mouth, who I think totoally [sic] pretended to drown so I'd save her. #OnSet #BAYWATCH #TheBuchannonWay #RowdyAndRatedR We're havin' a blast.." the 43-year-old posted with the candid snapshot. 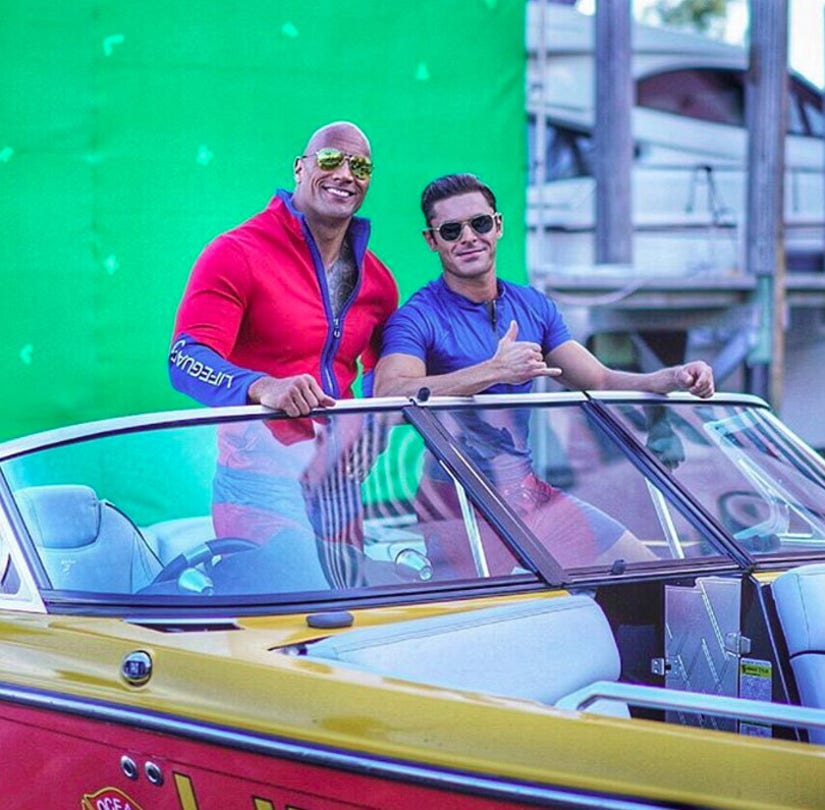 Zac Efron -- who will play Matt Brody in the big screen adaptation -- likewise shared a fun photo from the set of "Baywatch" on Tuesday.

In the pic, Johnson and Efron pose for a photo from a speed boat. Zac shows off his buff biceps in the shot, while throwing up a "hang ten" surfing sign.

"First day protecting the bay is a wrap," he captioned the sexy snapshot. "Thanks to the big guy (Dwayne). Stay tuned. More adventures lie ahead. #speedoready #baywatch."

We can't wait to see these two in action when "Baywatch" hits theaters in 2017! What do you think about The Rock's movie makeover? Sound off below and check out the gallery above to see more behind-the-scenes photos from the set!