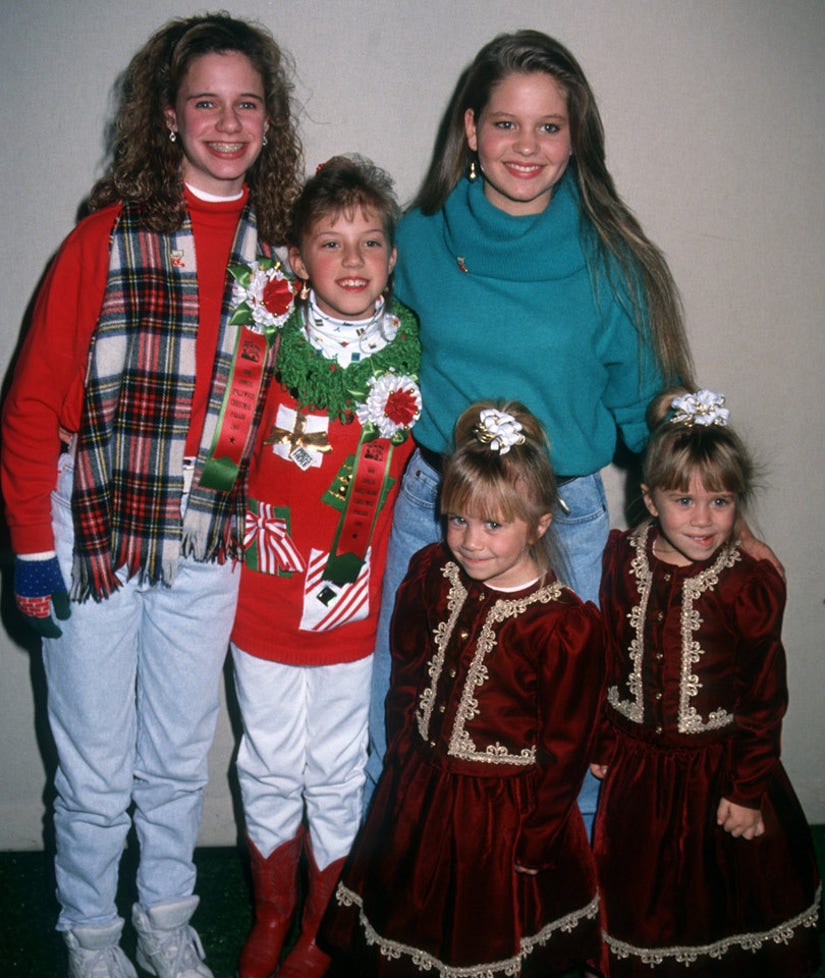 Andy Cohen put the women of "Fuller House" in the hot seat last night -- where they shared some set secrets from the original TGIF classic.

It's been over 20 years since Candace Cameron, Jodie Sweetin and Andrea Barber have played DJ Tanner, Stephanie Tanner and Kimmy Gibbler, but their memories from working on the show were still fresh in their minds on "Watch What Happens Live."

First up, they played a game of "Dish In the Dark," which was a modified version of "Never Have I Ever" where the ladies would flash on a flashlight if they had done whatever deed Cohen named. The ladies were asked whether they'd seen any other cast members naked, if they'd ever had a "naughty Uncle Jesse dream," if they were ever jealous of the Olsen Twins and whether they'd hooked up with another TGIF actor on the studio lot.

Check out their responses below:

Later in the show, they played "Heads of the House," a game where the gals had to match superlatives to the three older men on set, Bob Saget, Dave Coulier and John Stamos.

We quickly learned Bob had the worst potty mouth, Stamos got the most action from fans (go figure!) and Coulier was best about staying in touch with everyone after the series ended. Cohen couldn't resist a jab at the comedian after that answer, saying, "Well, he had a little more time on his hands."

Cue the "How rude!" catchphrases!

Elsewhere during their interview, Candace was asked about the goings-on behind the scenes at "The View" -- as a viewer wanted to know the "shadiest" thing someone's said backstage.

Cameron kept her answer very PC, saying she doesn't hear the shady comments because the women are "all afraid they're going to offend" her.

Cohen also asked if she felt some of her brother's extreme religious beliefs are "too radical."

"Sometimes, I wish he could word things a little differently," she replied.

What do you make of their set secrets? Will you be watching "Fuller House" now that it's live on Netflix? Sound off below!