This is getting us pumped for the 2016 Oscars!

Jimmy Kimmel recruited Hollywood's biggest stars to read tweets from some of their biggest haters in a "Movie Edition" of the comedian's Mean Tweets segment for "Jimmy Kimmel Live" on Thursday.

Check out the video above to see George's reaction when he's called "old" and "gross," what Sarandon has to say about her "saggy boobs" and the "Empire" star's response when she's called "ghetto"! 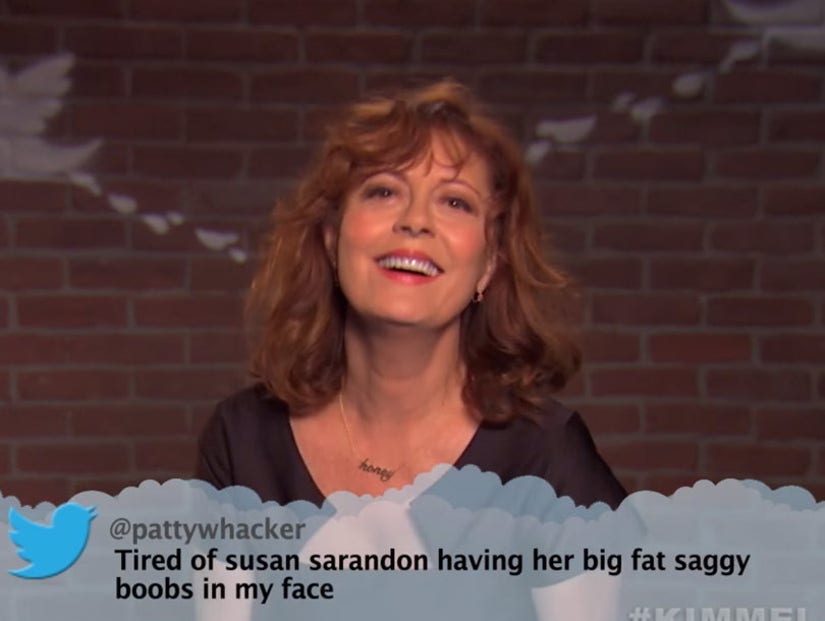 George seemed less than amused after reading a tweet that referred to him as a "gross ratty old man," while Susan had the BEST response to a hater attacking her breasts.

"Tired of Susan Sarandon having her big, fat, saggy boobs in my face," the red-headed beauty read with a laugh. "Ohhh, you wish!" she quipped.

And Taraji P. proved she's not someone to mess with. "Taraji P. Henson seems like she's extremely ghetto in real life lol," the actress read from her phone. "Well, I can be bitch! Meet me outside," she responded with a straight face.

Which celeb reaction is your favorite? Sound off below and check out the gallery above to see more women of the '90s then and now!