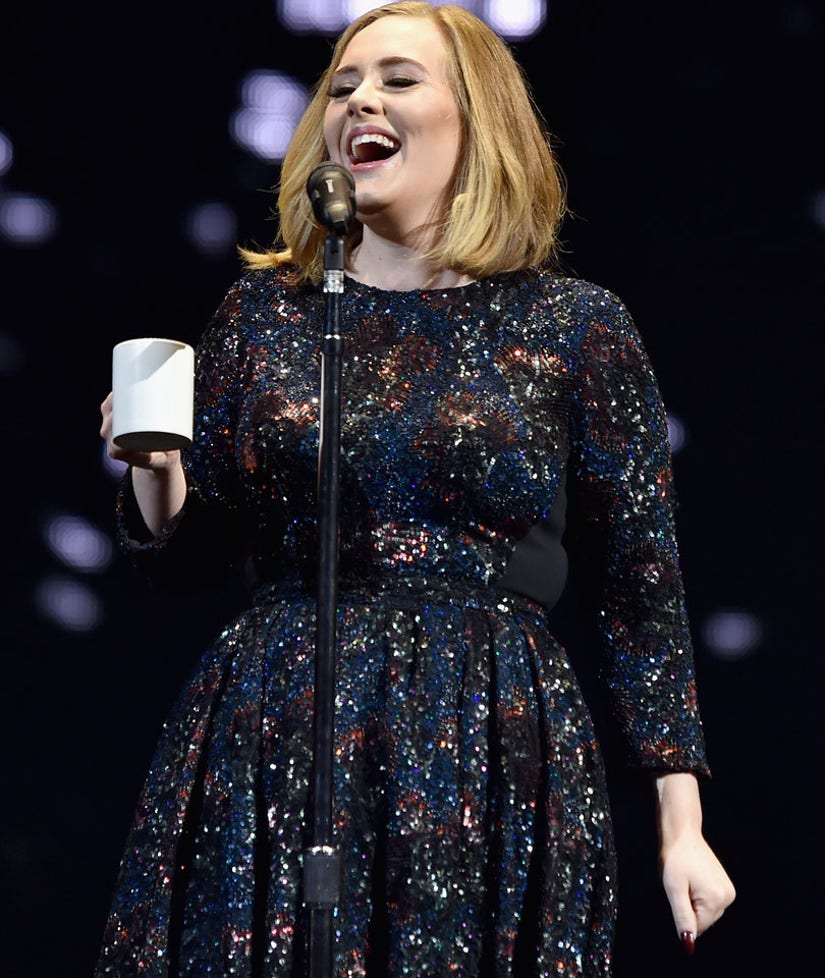 Not only does Adele put on an amazing show, but she also helps with engagements!

The "Hello" singer kicked off her "25" world tour in Belfast on Monday night, where she helped one lucky fan re-propose to her boyfriend in front of thousands of screaming fans.

In the spirit of Leap Day, the woman proposed to her beau earlier in the day, but Adele wanted her to do it again.

"He said 'Maybe in a little while,'" the woman confessed of his first reaction. "You have to say a proper yes!" the Grammy-winner replied, urging him to shout out "YES."

The British beauty even had the crowd get in on the fun, asking them to chant the man's name, Neil. When he finally agreed to marry his longtime love, Adele was delighted.

The best part? It looks like the songstress will be going to the wedding! "Essex? That's down the road from me," she said. "I'll come."

Check out the clip to see Adele become a true matchmaker!