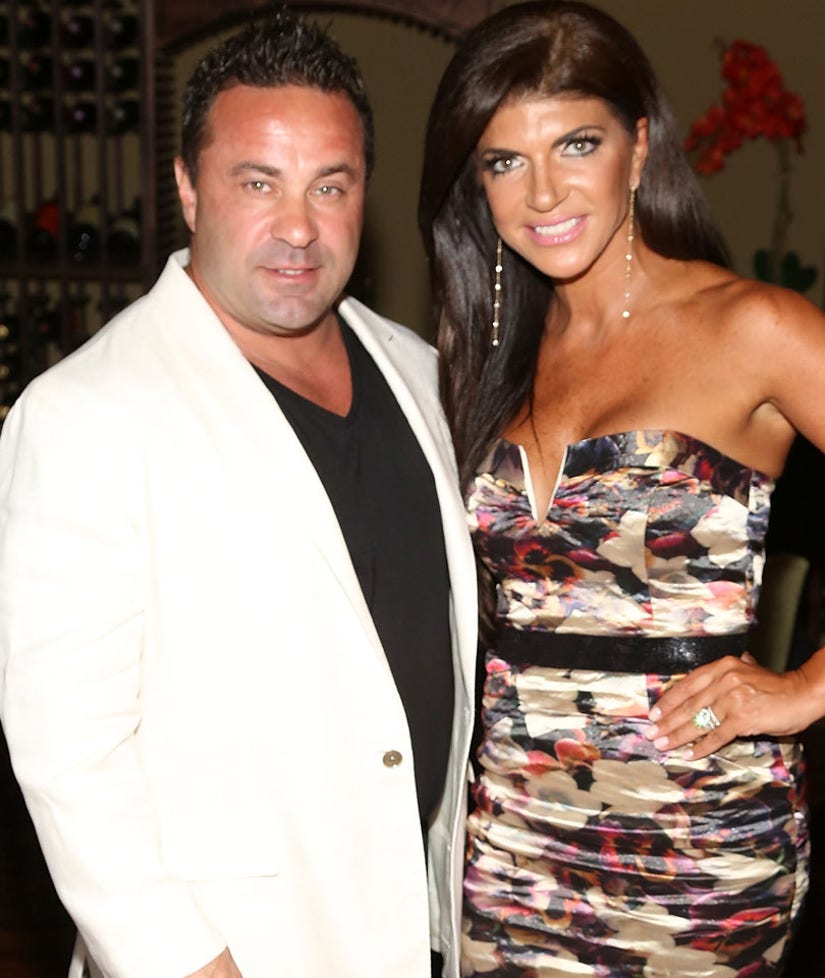 Joe Giudice's headed to prison for 41 months -- but he's not going quietly!

The 43-year-old reality star sat for an interview with Entertainment Tonight that airs Wednesday -- and his wife, Teresa Giudice, was right by his side.

Teresa just left prison at the end of 2015, having served 11 months for several counts of fraud. And now that she's out, in goes Joe, who pled guilty alongside her.

In a promo clip, Joe reveals the impact the case has had on his and Teresa's four daughters.

"They go on computers. They know everything," he says matter-of-factly. "I mean, my daughter Milania tells me, 'You're going away for a lot more months than Mommy.'"

Things do get more serious in the interview...especially when Joe discusses the possibility that he'll get deported to Italy, where he was born, after his prison release.

"I mean, there's a chance of anything happening. You know what I mean? There's nothing in life that, you know, is certain," he concedes. "But I mean, you know, we'll deal with that when, you know, I get out."

In his eyes, though, the slammer itself might give him a shot at self-improvement.

"I haven't stopped drinking in I don't know how long," he confesses. "So, I could definitely use it just for that, you know? Which is probably gonna be a good thing for me, health-wise anyway."