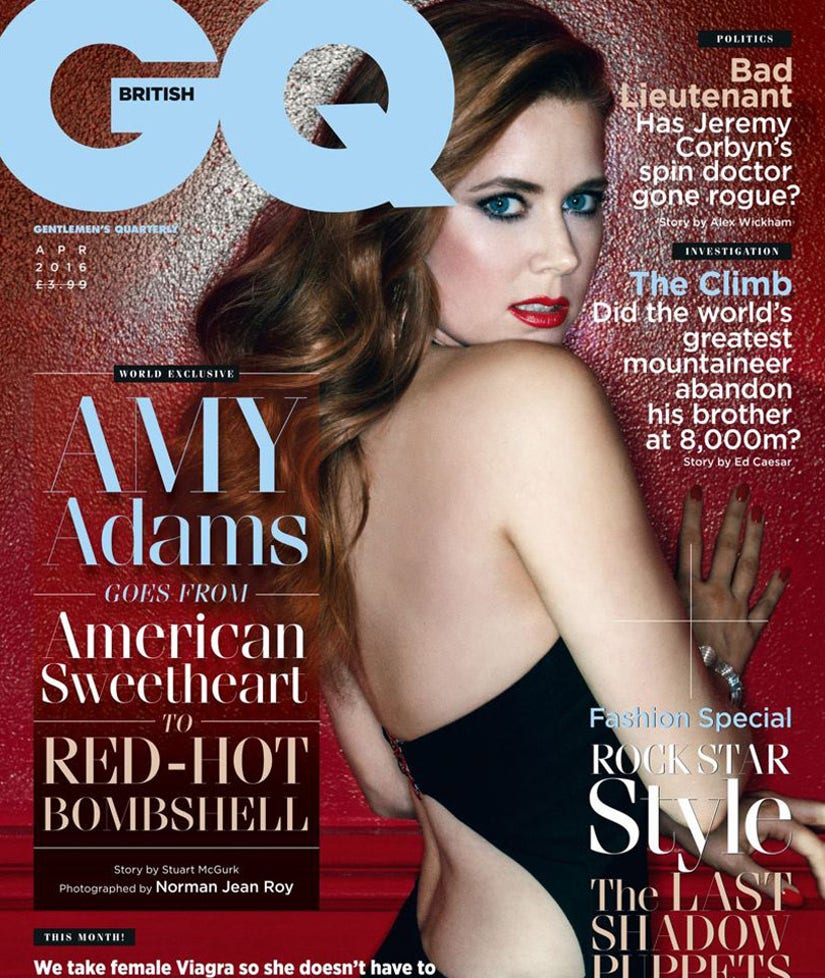 Amy Adams is getting extremely candid about her work on "American Hustle."

The actress covers the new issue of GQ magazine, where she opens up about making less than her male costars, Jennifer Lawrence's open letter about pay in Hollywood and working with David O. Russell.

Though Adams was not thrilled about her wage, Amy was very aware she was making less than her male costars in the movie.

“Yeah, I did. I didn't speak about it before and I'm probably not going to speak about it forever, because I disagreed with... not Jennifer per se, but people who had opinions on how women should go about negotiating," she tells the mag. "The truth is we hire people to negotiate on our behalf, men and women... I knew I was being paid less and I still agreed to do it because the option comes down to do it or don't do it. So you just have to decide if it's worth it for you. It doesn't mean I liked it."

While the red-headed beauty decided to keep quiet about the matter, she thinks Lawrence's open letter about the pay gap in Hollywood was impressive.

"I'm really proud of Jennifer," she confesses. "What I liked is that it was not necessarily about getting paid, or not getting paid… It's like we [women] have been conditioned to not be controversial, to not cause problems. It's about finding your voice."

It also sounds like the 41-year-old -- who was nominated for Best Actress for her work in the drama -- didn't exactly enjoy working with the notoriously intense director ... he even made her cry on set!

"He did... I was really just devastated on set," she explains. "I mean, not every day, but most. Jennifer [Lawrence] doesn't take any of it on. She's Teflon. And I am not Teflon. But I also don't like to see other people treated badly.. It's not ok with me. Life to me is more important than movies. It really taught me how to separate work and home. Because I was like, I cannot bring this experience home with me to my daughter."

What do you think about Amy's candid comments? Sound off below and check out the gallery above to see more stunning leading ladies then and now!