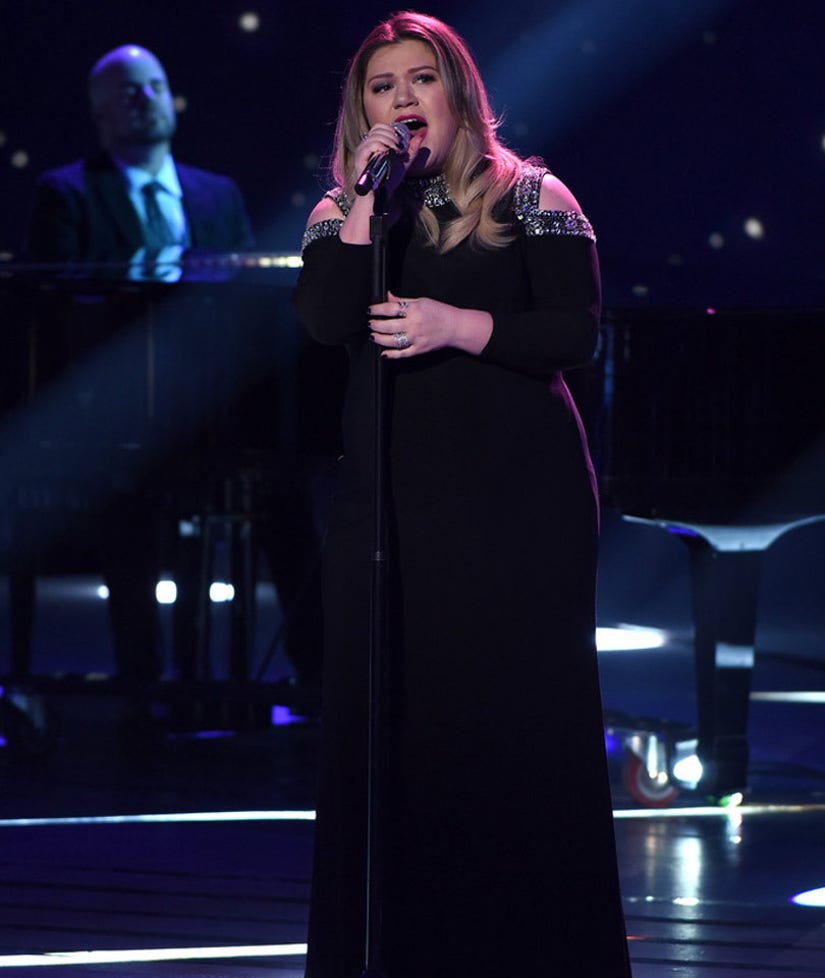 Kelly Clarkson created a ton of buzz for her emotional "American Idol" performance last week, but it seems she was left "embarrassed" after her tear-filled moment.

"I came off almost in tears for a different reason because I was so embarrassed. I was like, 'Oh God, this is my final thing on Idol and I could not hold it together,'" the "Piece by Piece" singer tells Ellen DeGeneres on today's show. "I was almost losing it almost the entire song."

"I didn't realize it was gonna be that bad," she adds. "And we were rehearsing that day and I just couldn't get through it."

The expecting star stopped as she got choked up during the song, which is about her husband's great parenting and the absence of her own dad during her childhood. She even had judge Keith Urban in tears!

"The song is incredibly sad, but hopeful. A lot of us didn't have a bar to set as far as finding love and relationships ... I feel really lucky because I feel like a lot of girls with daddy issues don't end up that way, we end up going the same," she says, referring to her healthy relationship with husband Brandon Blackstock.

It seems the nostalgia she felt about returning to the "AI" stage, combined with the deep meaning of the song, made her emotions run high.

"[Brandon] was [at Idol], my little girl was there, my little boy was turning circles in my stomach. It was nostalgic," she reveals. "It was the last time I was gonna be on Idol and it's ending. I was screwed from the get-go."

She jokes, "Emotionally, I was on a slip and slide from hell." 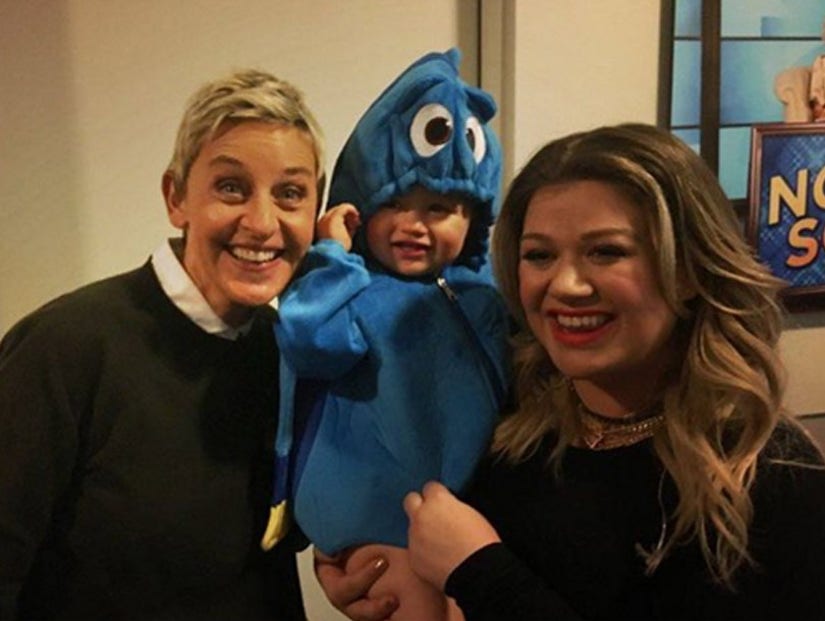 Clarkson also can't help but gush about her adorable daughter, River Rose, who she describes as "pretty rock n' roll" and a bit too friendly.

"It's kinda scary because she would go home with anyone," she shares.

Check out the clip to find out why Ellen gifted River this adorable "Finding Dory" costume!