The actor stopped by Thursday's "Late Night with Seth Meyers," where the duo hilariously read aloud a few of "Fuller House's" negative reviews.

Check out the clip above to see what Stamos has to say to critics who blasted the "Full House" spinoff!

"I was very nervous about doing this again, because it's so beloved and I didn't want to disappoint people," Stamos wholeheartedly said, before reading aloud some of the show's harshest critiques.

"The Hollywood Reporter said that it's doubtful there will be a more painful 2016 TV episode than the 'Fuller House' pilot," Meyers read. 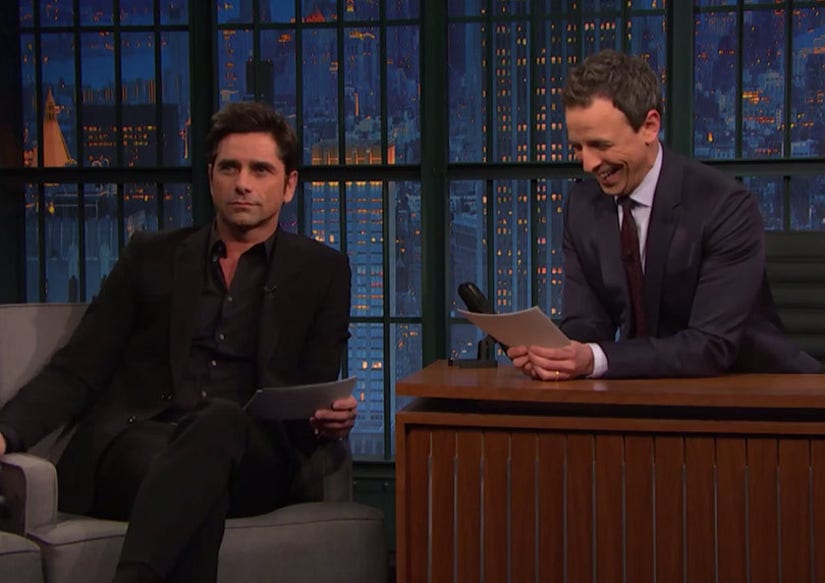 "He was being mauled by a bear when he watched it," John joked. "You'll love episode two, Daniel!"

Later, the "Saturday Night Live" alum read one of the very worst reviews the show received.

"There's a point where nostalgia becomes more like necrophilia," Meyers read to Stamos. "And Fuller House immediately crosses that line."

"How f--king rude, right?" Stamos said. "Do you know what necrophilia means?"

Despite what critics have had to say, the 52-year-old stands by the new series. "You know what, the fans love this show," he declared.

What do you think about the "Fuller House" reviews? Sound off below and check out the gallery above to see what even more TGIF stars look like now!