Check out the video above to hear Blake's, song which talks about moving on with someone new to get over an ex.

"I've had a lot of music over the years but I don't think I've ever had a song before that's such a direct look into my life," Blake said in a statement about the breakup ballad. "That's why I'm so excited about this particular song."

"It is all on the record," he also told ET. "I can put my life experience, whether it's a divorce or my new girlfriend, whatever those experiences are, whatever things that are happening in my life, I have an outlet for them. I have music." 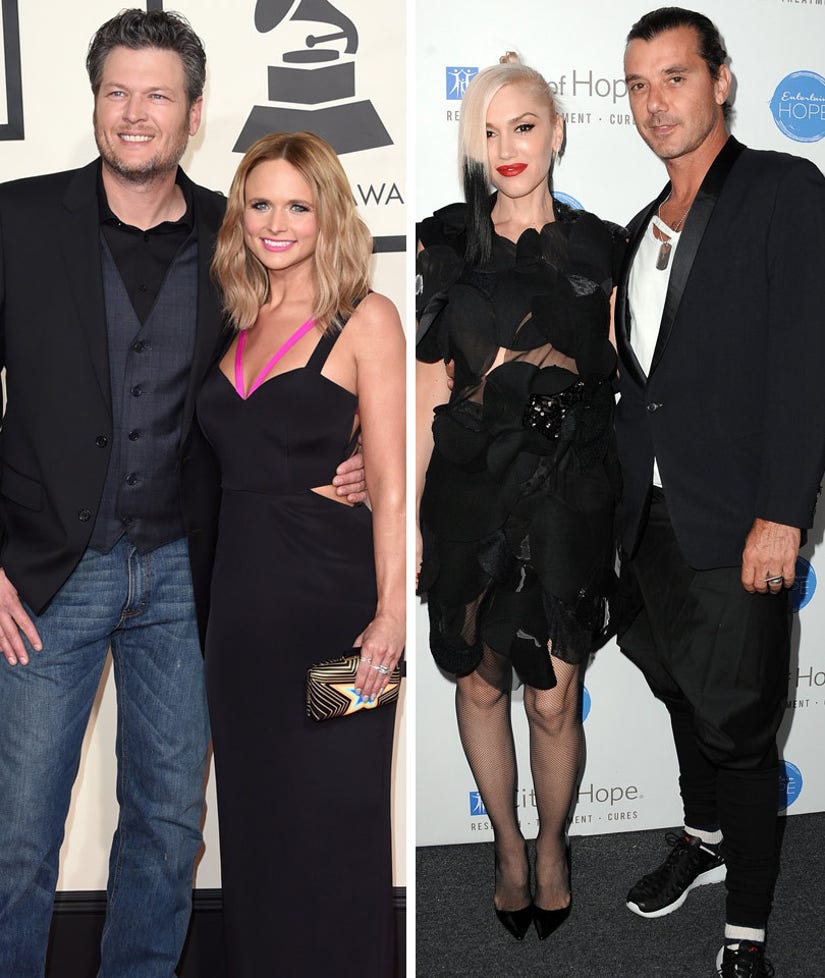 With lyrics like, "Girl getting over him (and I'm getting over her)/ The eyes have it made, ain't gotta say a word/ Misery loves company, that's why it's you and me," it definitely sounds like Shelton's singing about the start of his relationship with now-girlfriend Gwen Stefani, who was also recovering from her divorce from ex-husband Gavin Rossdale at the time.

"Go ahead and check your phone, like I've been checking mine/ Nobody's ex is texting for a rewind/ Looks like it's just me and you/ Falling in love just enough to get us through/ While we're getting through," Blake belts in the catchy tune.

Though "The Voice" costars' relationship may have started as a rebound, it definitely looks like Gwen and Blake are head-over-heels for one another.

What do you think about Blake's brand new song? Sound off below and check out the gallery above to see more shocking celebrity splits!