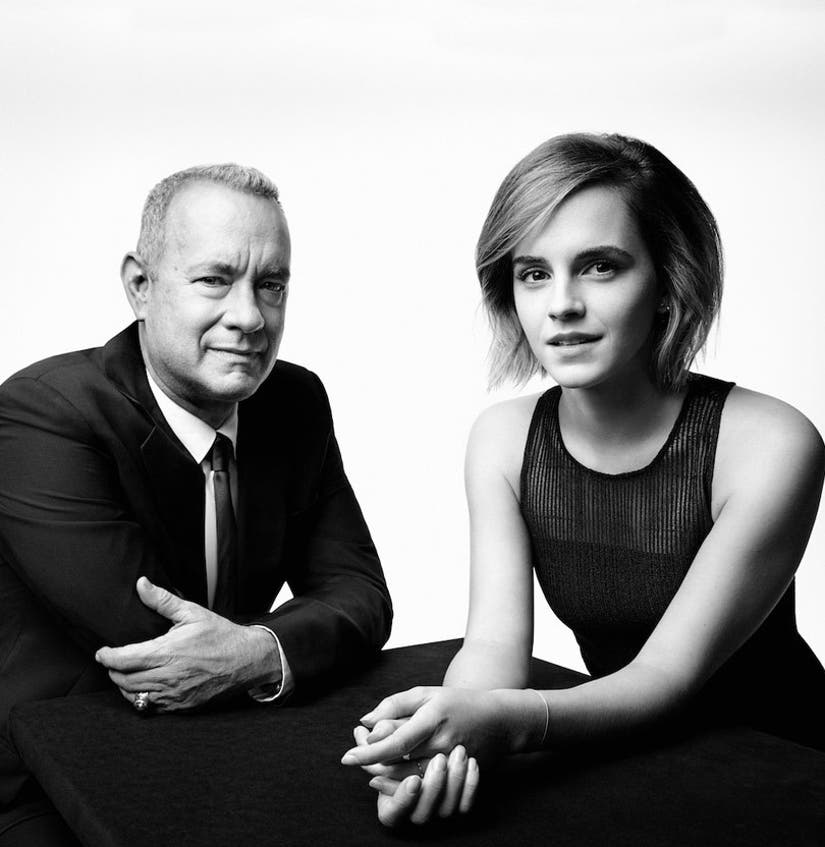 Emma Watson is getting extremely candid about her views on gender inequality.

The "Harry Potter" star covers the new issue of Esquire magazine with Tom Hanks, where she opens up about modern feminism while promoting her new gender equality organization, HeForShe.

Though Watson doesn't seem fazed by labels like "feminazi" and "diva," she does have some real gender-based insecurities and fears.

For example, Watson doesn't like having her picture taken ... even by her closest friends.

During the interview, Esquire asks about a statement Amy Schumer recently said regarding women and their looks, that being, "Even the most beautiful girls think they are disgusting." And it definitely sounds like Emma agrees with the comedienne.

"Oh, they do, yeah. I know a few of them. I, as a 21-year-old, was riddled with insecurity and self-critiquing," the actress admits. "Some of my friends still are. I realized that I didn't like friends taking photos of me when I wasn't working and I actually got in a fight about this issue. And I wondered, why is this bothering me? Why does this make me so insecure? And I realized it's because I can't even reconcile myself with my own image on the front of these magazines."

While most women are well aware that the media, advertising and beauty companies have capitalized on these insecurities, that's not the only gender-specific topic that the actress takes issue with.

"I've had my arse slapped as I've left a room. I've felt scared walking home. I've had people following me," she reveals. "I don't talk about these experiences much, because coming from me they'll sound like a huge deal and I don't want this to be about me, but most women I know have experienced it and worse… this is unfortunately how it is."

It's great to see that the 25-year-old has no problem discussing her views on feminism and issues with gender inequality.

What do you think about Watson's candid comments? Sound off below and check out the gallery above to see more child stars then and now!