Talk about a memorable first impression!

Sarah Paulson is receiving high praise for her portrayal of Marcia Clark on "The People v O.J. Simpson," and it seems she let loose with the famous prosecutor to get to know her better.

"I drank a lot of tequila with her," the actress tells Ellen DeGeneres on today's show. "It was really fun. It was like the mole kept moving all over her face in my mind," she adds, referring to Clark's beauty mark. "It was like, 'Is that you? Oh, now it's on your forehead.'"

The "American Horror Story" star was "so excited" to meet Clark because she already felt like she knew her. 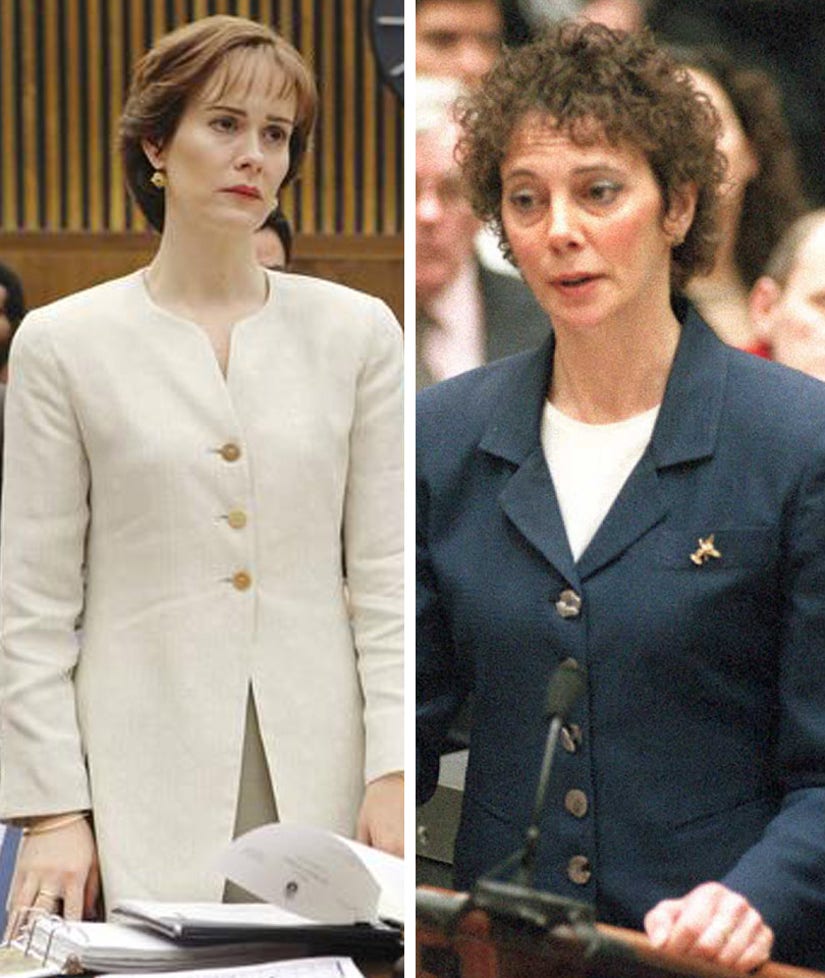 "When I saw her, it was like seeing someone I'd idolized or had a terrible crush on for my whole life. And she walked into the restaurant and I was like, 'Ahhh,'" she continues. "And she sort of looked around like this was a sort of terrifying experience for her."

It seems Marcia was just as smitten with Sarah before they officially met.

"I've been a fan of hers for years. I just love her," Clark recently told Entertainment Weekly. "She was even more wonderful in person."

While the DA was pleased with Paulson's portrayal, watching the show has been difficult for her.

"This will never be entertaining to me," she said. "I watched it with my stomach in knots."

"I hope people can remember that this is a dramatization. It is not a documentary," Clark added. "They weren't trying to 'get it right' necessarily. But I want no one to forget that these important discussions are happening at the expense of two innocent people, who are dead. I hope they honor Ron and Nicole in some way."