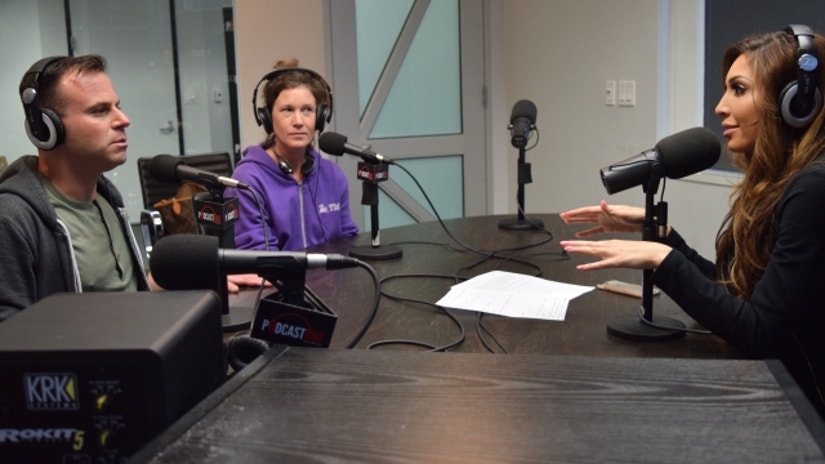 This past season of "Teen Mom OG" ended with Farrah Abraham totally flipping out on a producer and seemingly quitting the show. Now, she's sitting down with the producer in question, Larry Musnick, to hash out their issues.

In case you missed it, the reality star went off on Larry after being told she wasn't allowed to participate in another reality show involving her mother, due to a conflict with the MTV series. Abraham confronted him when the crew showed up to film with her -- and she wasn't having it.

"You know what's so f--king laughable right now?" Farrah shouted at him. "Larry, I'm laughing. I would love to not laugh in your face. Why are you so white trash? Are you around people all the time who are trash, and you need to keep arguing with me?"

She then pushed Musnick, called him a "dumb, twisted motherf--ker" and told him to "get the f--k off my property."

Check out the clip below:

This week, Farrah interviews Larry and co-producer Heather Walsh on her "Farrah and Friends!" podcast, where Musnick opens up about how he really feels about the ladies on the show.

"How do you consistently keep good relationships with on air talent you don't agree with?" Abraham asks, seemingly referencing herself. "How do you mend your relationships and apologize and really mean it?" she adds with a laugh.

"That's kind of how I always have approached this show and think of everyone," he continues. "I have a full care that's with me all the time for all of you."

While his answer makes it seem like Larry and Farrah are on better ground, we're told this will be one "heated" interview when the full thing airs Thursday. The group will also talk about what happened that fateful day of filming, before Farrah's mom joins the conversation.

Check out the interview here tomorrow!