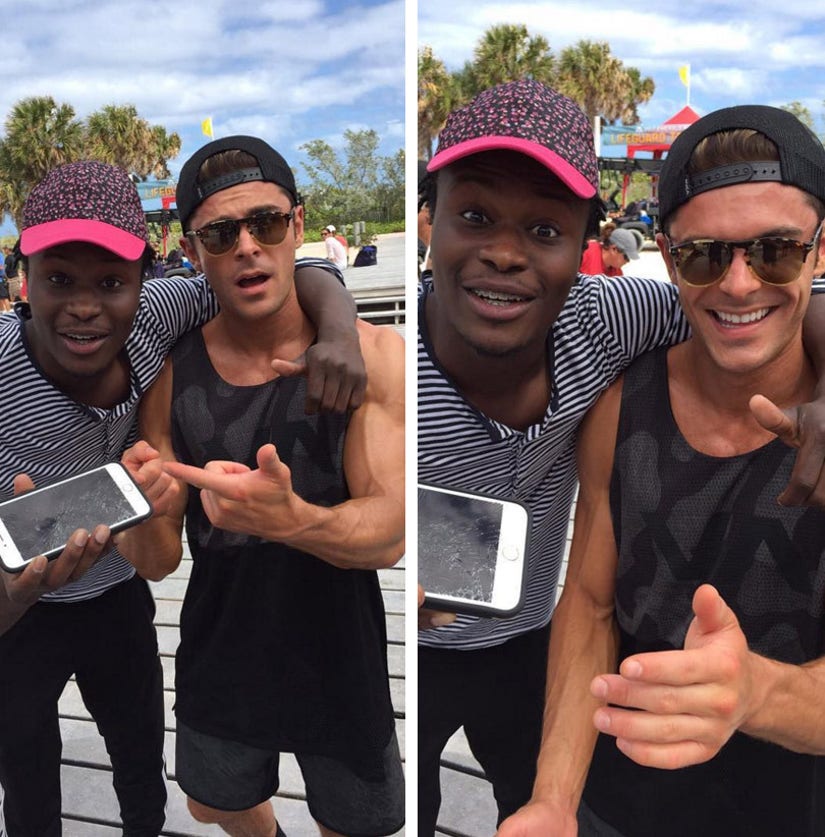 Here's one way to get Zac Efron's attention!

Zac, 28, took to Instagram on Tuesday with a pair of photos, in which he poses alongside a fan whose phone screen was spiderwebbed with cracks.

"This is what I love about my fans - when they get excited," the star of the upcoming "Baywatch" movie captioned the pics, "but @dopekid_23 actually smashed his phone while chasing me for a snapchat - that's dedication so I'ma hook you up with a new phone my brother!"

The fan posted his own selfie video of himself and the star on his own Insta page, the two sharing a laugh over the incident. Warning: Some NSFW language below.

Ahmed's caption revealed that the "High School Musical" alum "Bought me a brand new phone. Which was $949.99 retail."

Note to self: only break expensive belongings when in the presence of a movie star.

Ahmed was clearly touched by his experience with Zac, writing in another Insta caption, "This man went out of his way to buy me a brand new phone and allowed me to even walk on set his new movie when you didn't have to." He added, "There's one thing being a celebrity and maintain a humble state of mind. Zac is definitely one the most humble celebrity I have ever encounter [sic]."

While on the "Baywatch" set, Ahmed also met Zac's co-star on the flick, Dwayne "The Rock" Johnson!

Ahmed shared a cute selfie on Insta of himself and Dwayne, 43, quipping that "Ballers" leading man "Acts like any regular human being. My dawg drives a regular car just like any of us."

Don't you wish breaking your phone could always be this fun?

Share your thoughts on the sweet fan moments in the comments, and let us know about any you've had yourself!