Warning: This trailer is VERY NSFW.

The "Saturday Night Live" alum stars in Lonely Island and Universal's new comedy/mockumentary, "Popstar: Never Stop Stopping," where he plays a popular singer/rapper Connor4Real who runs into trouble after his sophomore album flops.

Check out the trailer above to see the comedian in action! 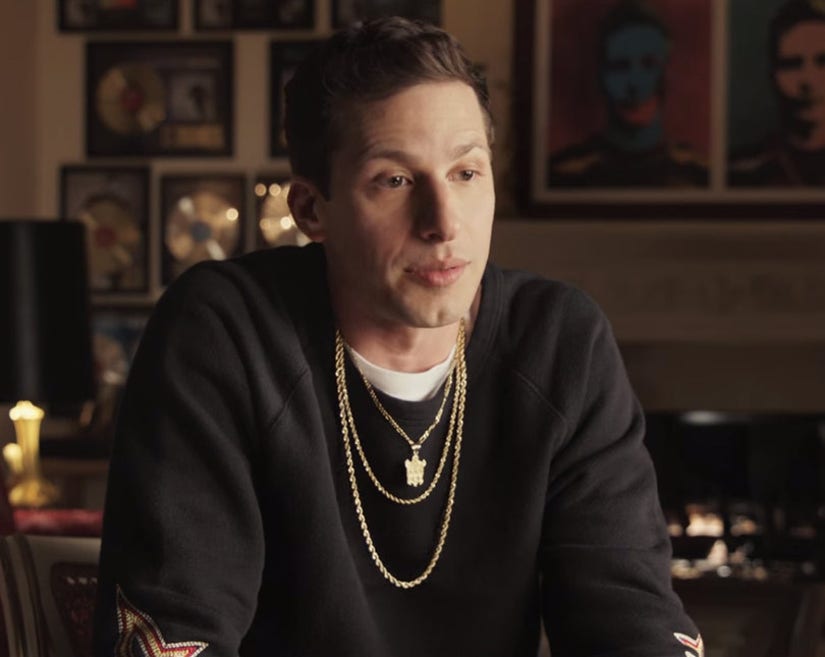 "I'd love to get Connor to the point where he's kind of like everywhere," Silverman, who plays his publicist, explains. "Kind of like oxygen or gravity or clinical depression. He's just everywhere."

"Sure Connor surrounds himself with people who are agreeable," Silverman says later in the clip, as it cuts to a scene of Connor missing a basket during a game and his friends cheering him on.

Though Connor compares himself the Justin Bieber in the trailer -- revealing how he has his own "Beliebers" who he calls "Confidants" -- we have a feeling the "Sorry" singer served, at the very least, as inspiration for Andy's character.

Are you excited to see "Popstar"? Tell toofab in the comment section below and check out the gallery above to see more of your favorite pop stars then and now!

Make sure to check out "Popstar: Never Stop Never Stopping" when it hits theaters June 3!