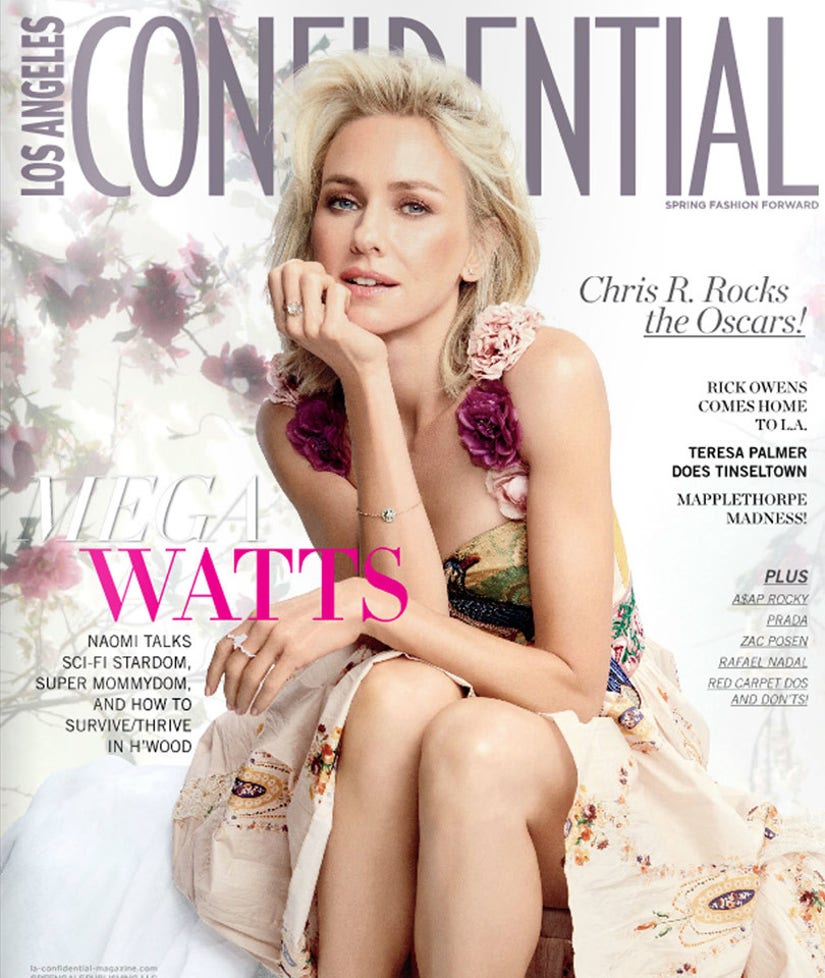 Though Naomi Watts is one of Hollywood's biggest stars, she's still very grounded!

The actress cover the new issue of Los Angeles Confidential, where she opens up about her career, her relationship with husband Liev Schreiber and her character Evelyn in "Allegiant."

Watts -- who's been in showbiz since she was just a little girl -- admits that she's always trying to improve her skills.

"This isn't the life I imagined. In many ways, it's far, far better, and yet I look at what's possible -- I mean, look at Frances McDormand or Helen Mirren or, come on, Meryl Streep -- and I go, 'okay, there's still a lot of room to grow and improve,'" she says of her impressive career.

The 47-year-old beauty also gets extremely candid about relationships, admitting that even the strongest ones need constant work.

"Relationships are hard whether you're famous or not," she says. "I don't know anyone who doesn't have to work on it. Being an actor doesn't change anything. I'm sure it's the same if you're a doctor or a couple of lawyers. You have high-pressure jobs, lots of hours, stresses that come at you unexpectedly—and you have to figure out how to be present in the midst of it all."

And when it comes to her new role playing Evelyn in the upcoming "Divergent" movie, Naomi has a lot of admiration for her character.

"It's something of a stretch but in terms of character, Evelyn is someone I can appreciate, she is a survivor and she's made the most of her experience despite a bunch of twists and setbacks," she reveals.