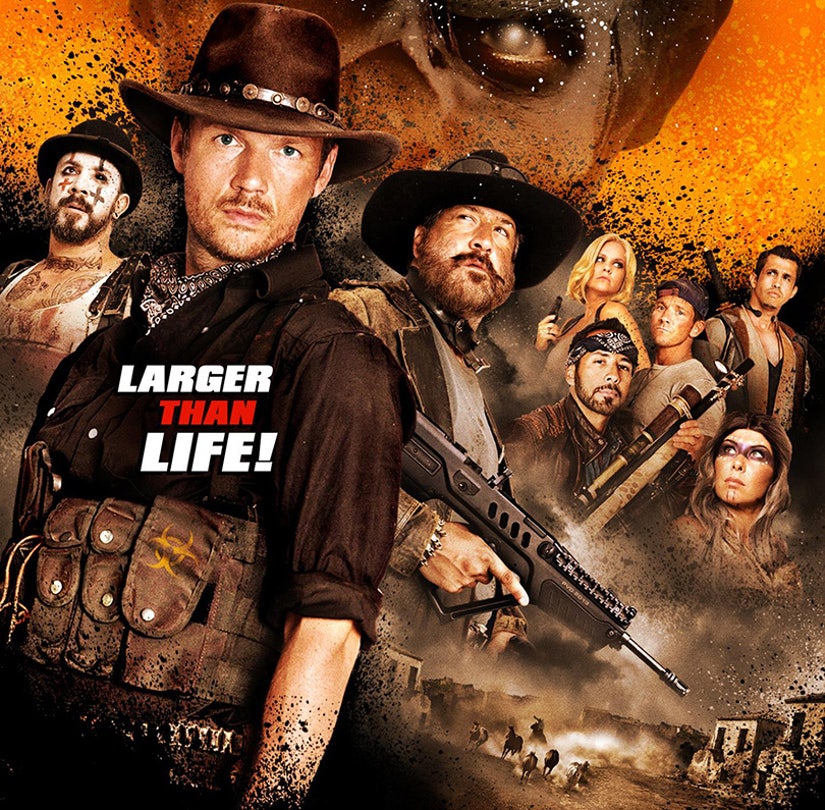 Don't freak out, but the biggest boy bands of the late '90s/early '00s are finally coming together!

It only took 20 years, but members of NSYNC, Backstreet Boys and O-Town will be releasing a song together ... and a lot sooner than you think.

Joey Fatone had everyone going crazy last month when he posted a photo from inside a recording studio with Chris Kirkpatrick. "Yes we are in the studio for a song ... Will fill u in when the time is right," he teased at the time.

Well, now the time is right.

While speaking to toofab's Brian Particelli this morning about his role in the upcoming "My Big Fat Greek Wedding 2," Joey revealed what they were really working on.

"People were freaking out and I haven't posted anything yet, I just let it marinate and people were going f--king bats--t," Fatone says of the reaction.

"What happened is, me and him are recording the title song for the soundtrack of 'Dead 7.' It's cool, you've probably never heard anything like this before because it's myself, Chris is in it, Nick Carter, AJ [McLean] and Howie [Dorough]. So the five of us and probably a couple guys from O-Town are singing on it as well. It's the first time we've ever done something like that."

"Dead 7" is the upcoming zombie flick the boys are all starring in on SyFy. Premiering April 1, the movie is described as a "post-apocalyptic Western that follows a group of gunslingers as they look to rid a small town of a zombie plague."

And, hearing Fatone tell it, the shoot sounded like a blast.

"It was a bunch of boy banders in Butte, Montana hanging out," he explains. "I never thought in a million years, literally more hanging out with Howie and laughing our asses off about stuff in the past. We all know people, it was the same circle. Especially with O-Town, in Orlando."

"We always asked Howie, 'Did they ever tell you that we hated you, because that was never the case,'" he continues, addressing those media-created feuds between the different groups.

"Don't get me wrong, we were definitely better singers than them," he says -- adding that the guys actually fought about it a little during filming.

We can't wait to hear this song! See Joey and AJ talk more about the rumored feud at Comic-Con last year below. 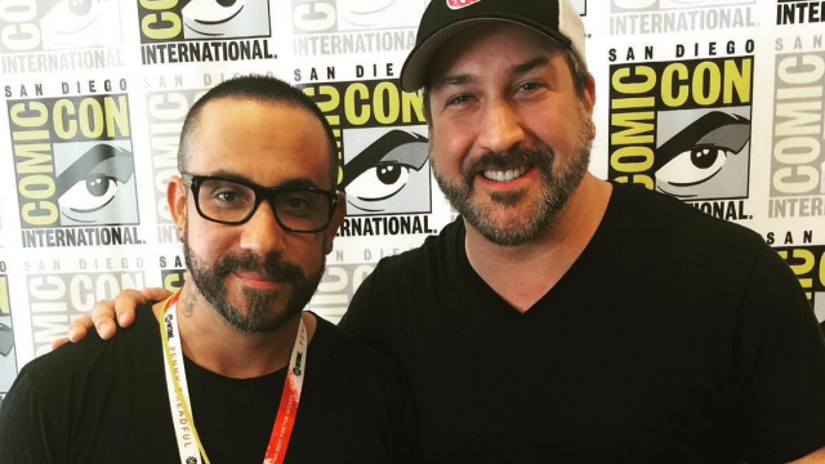