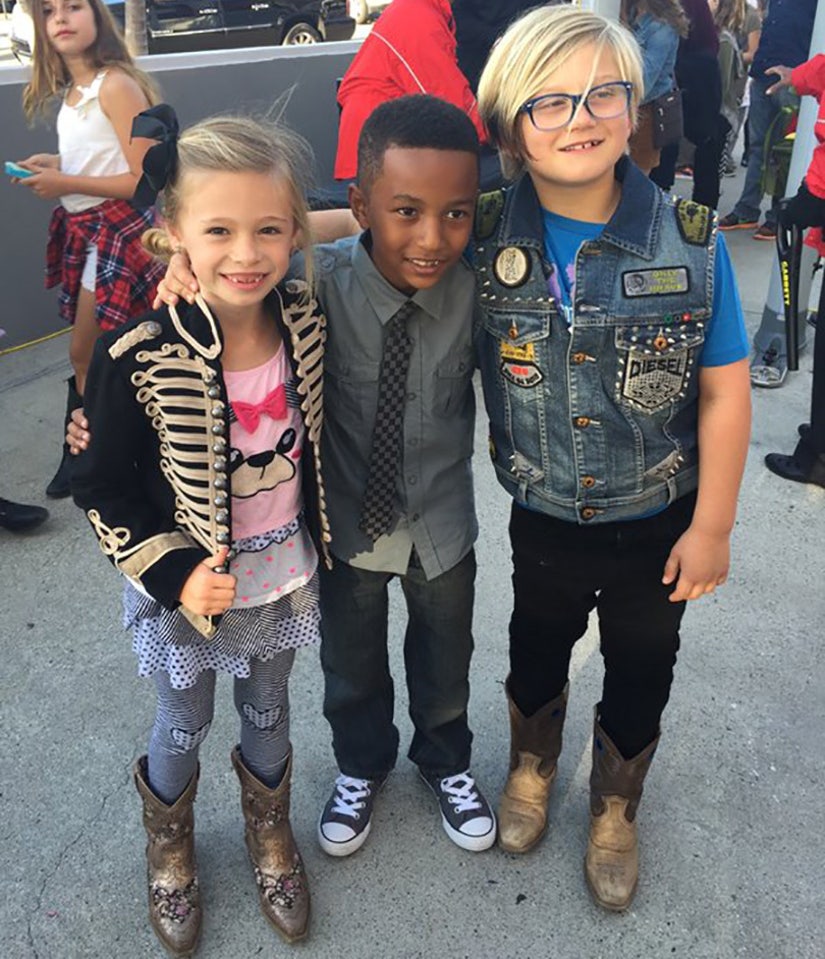 Gwen Stefani was MIA as boyfriend Blake Shelton hosted the Kids' Choice Awards on Nickelodeon on Saturday -- but sent some incredibly adorable backup instead.

The No Doubt singer traveled to Japan for work, but two of her children with ex Gavin Rossdale attended the awards show in her place.

Before the ceremony kicked off, Gwen took to Twitter to share a pic of son Zuma, 7, with two of his friends getting ready to go inside The Forum. She simply captioned the shot, "What's up." In the pic, Zuma looks super cute with glasses, a studded Diesel denim jacket and cowboy boots.

Stefani was apparently having a hard time streaming the show overseas, sharing her frustration on Twitter all night.

Where r my Japanese fans? Help me stream @AllThingsKCAs gx

She even shared a quick video of Blake getting slimed during the show.

Some eagle-eyed fans tweeted that they saw Gwen's youngest son, Apollo, in the audience as well -- something she confirmed.

@LizbethB12xo ha!!!! That's me on FaceTime from Japan!! Wow that is funny! Gx 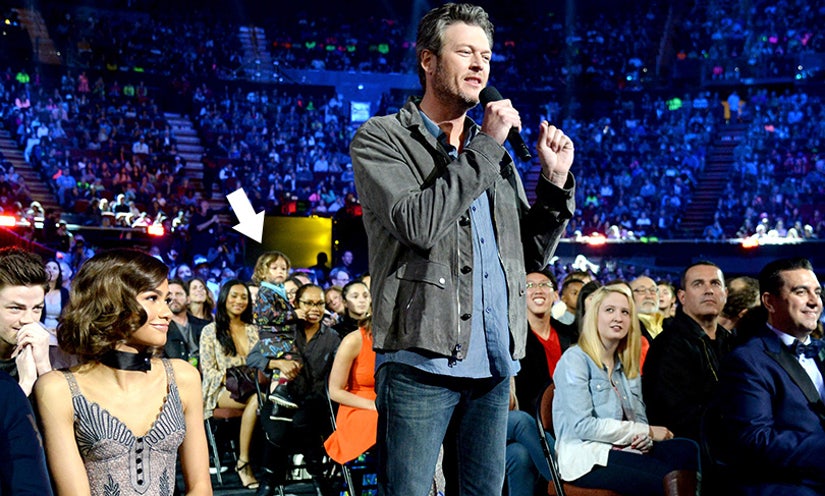 We spotted the little cutie in the background of one of Blake's photos on Getty too. Looks like the bandana-wearing tot was really enjoying the show!

Check out more sightings from the show in the galleries above!