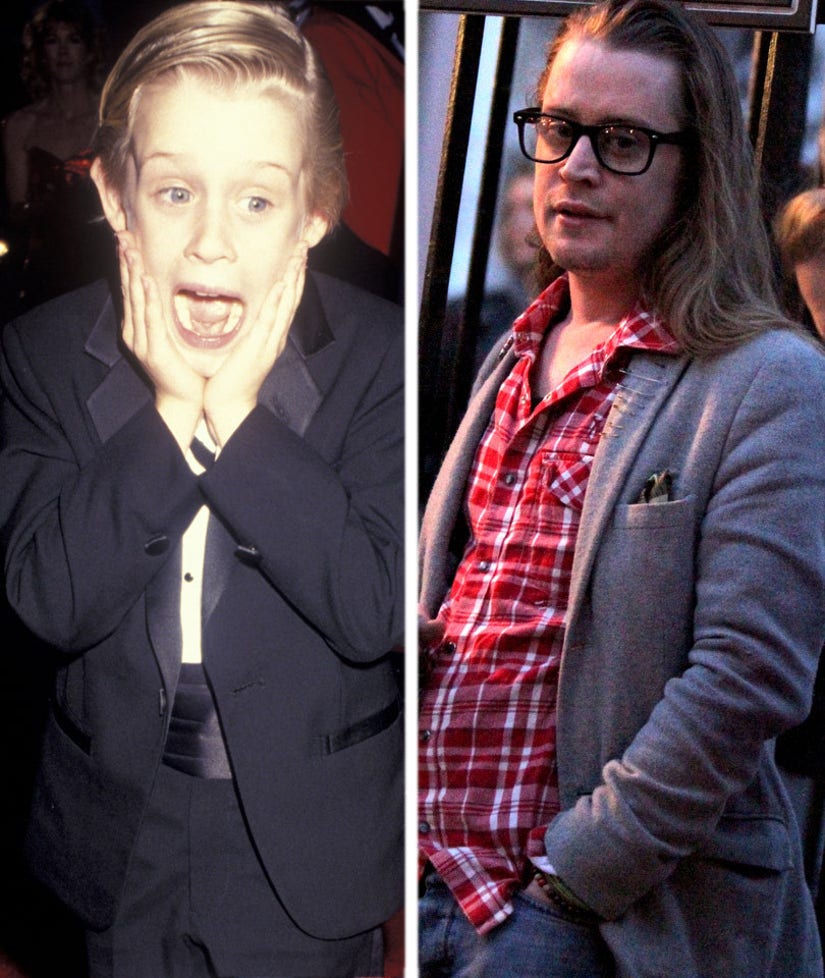 "Home Alone" alum Macaulay Culkin showed us how far he's come from his child star days in the New York City over the weekend, when he was seen on set of his latest project, "The Jim Gaffigan Show."

The 35-year-old actor sported long messy hair, bold eyeglasses, a gray blazer and a red plaid shirt on the set of the TV Land comedy.

On the show, the former child star plays a fictionalized version of himself, popping up occasionally as everything from a DJ to a Starbucks barista.

Despite his quick rise to fame in the '90s, Macaulay has largely stayed out of the spotlight. After taking a break from acting, he joined the comedy rock band, The Pizza Underground, who parody The Velvet Underground songs, switching them to themes only about pizza.

More recently, he reprised his famous "Home Alone" role in a bizarre NSFW video for a web series called ":DRYVRS."

Culkin starred as a deranged driver of an on-demand car service, who began venting about his holiday trauma after he turned down a call from his mom.

"How about this, it's Christmas time. It's f—king Christmas and your whole family goes on vacation and they forget their 8-ear-old f—king sonm," he explained to the guy he picked up. "All by yourself, for a week. I had to fend off my house from two psychopath home invaders. I was just a kid, I still have nightmares about this bald weirdo dude chasing me around!"

"They remembered my bastard of a brother, but forget me, the cutest f—king 8-year-old in the universe," he added, referencing the extra-annoying Buzz.

Culkin's character clearly was suffering from some PTSD -- check out the video above to see what happened when "Kevin" completely snapped! (Warning: bad language ahead!)