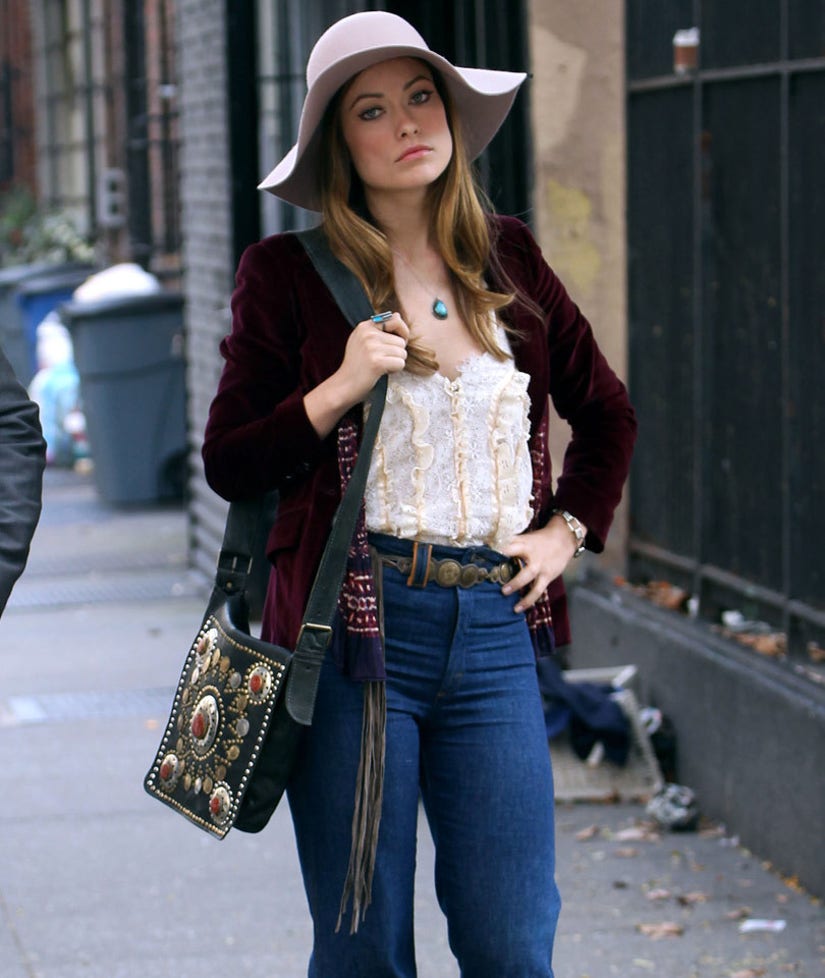 Olivia Wilde is coming clean about what really goes on during nude scenes.

The actress stars in HBO's new series, "Vinyl," which is set in the sex, drugs, and rock 'n' roll-filled world of '70s New York. With that subject matter, you can bet that she has her fair share of steamy sex scenes.

In fact, she goes fully nude in next Sunday's episode, but she does have one item of clothing on ... a "merkin."

You feel "less naked," Olivia tells Howard Stern. "People can't see as much. You're wearing a little fur bikini. ... I was walking around to the whole crew going, 'look at this!'"

"They fit you and they make it and they let you choose the consistency and the color," she continued. "It's huge. No one today is capable of wearing a '70s bush!"

Elsewhere in the interview, Howard also asks his guest if she ever missed out on a part because she was too beautiful.

"No, I don't think so," she says, before admitting she had been passed over for other reasons. "The funniest thing I heard recently was, I heard that I was 'too sophisticated' [for the part]. I thought, 'Oh, that sounds nice. I like that feedback. I didn't get the part but I'm a very sophisticated person. And then I found out later they actually said old."

The role in question was in "The Wolf of Wall Street." While the 32-year-old star never reveals which part she missed out on, we're guessing it was the role of Leonardo DiCaprio's onscreen wife Naomi. That part was ultimately played by Margot Robbie, who was in her early 20s when she filmed the flick.

"I thought she kicked so much ass in that movie," Wilde declares without naming names.

Olivia clearly isn't heartbroken about missing out on the role. "It shows that if you don't get something … it might lead to something else."

Check out the clips to hear more from Olivia, and check her out in "Vinyl" on Sunday night on HBO.