Who knew you could have such deep talks in the bathroom?

Paul Rudd appeared in a very special (and a little awkward) segment for "The Late Late Show with James Corden" on Tuesday, where the duo got into some heavy conversation while at the urinal.

Check out the video above to see the new acquaintances talk about everything from their weekend to politics ... and even eat some lunch!

The skit opens with Rudd asking Corden about his past weekend plans and vice versa. While the comedian confessed he sang Queen's "Don't Stop Me Now" at a karaoke bar, Rudd's weekend was slightly less eventful.

"I was here mostly," Rudd said. "In the office?" Corden asked. "No, no. Right here," Rudd revealed, while actually referring to the bathroom. 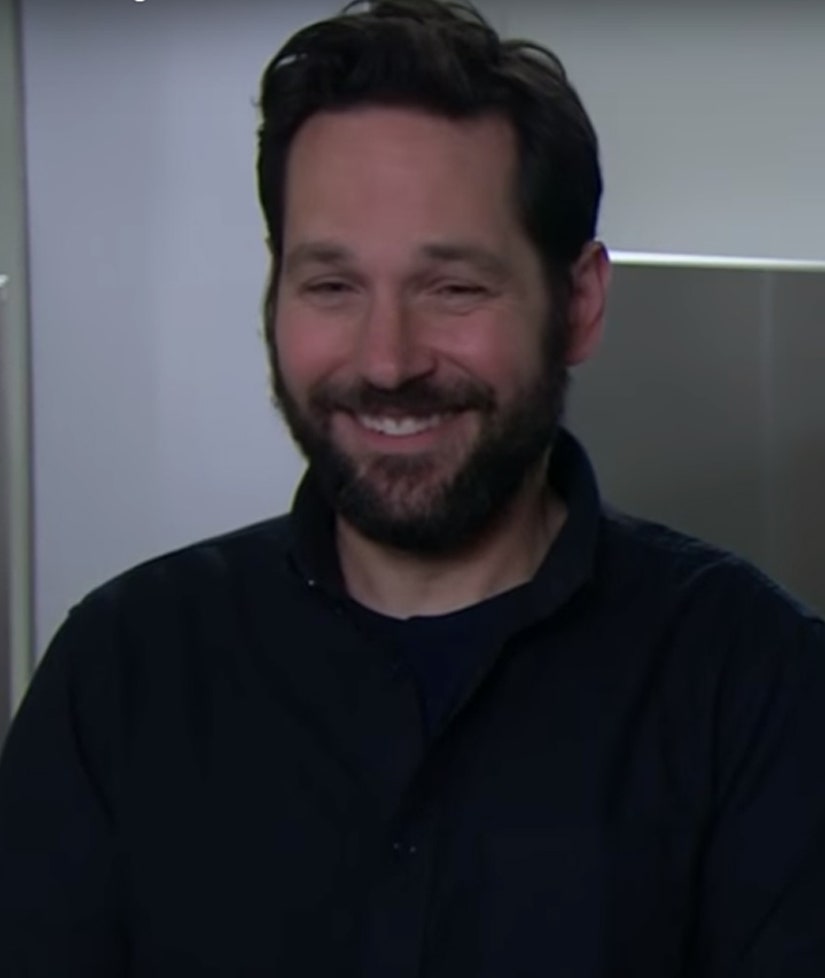 Talk quickly turned to politics, with the "Knocked Up" star admitting that he doesn't plan to vote this year.

Eventually, Corden had enough of their urinal convo and got ready to head out.

"I still have a ways to go," Rudd hilariously confessed. "I had three ventis this morning."

Make sure to check out the the video above to see what Paul does in the bathroom once he has it all to himself!

What do you think about the "Ant-Man" star's hilarious appearance? Sound off below and check out the gallery above to see more of your favorite leading men then and now!