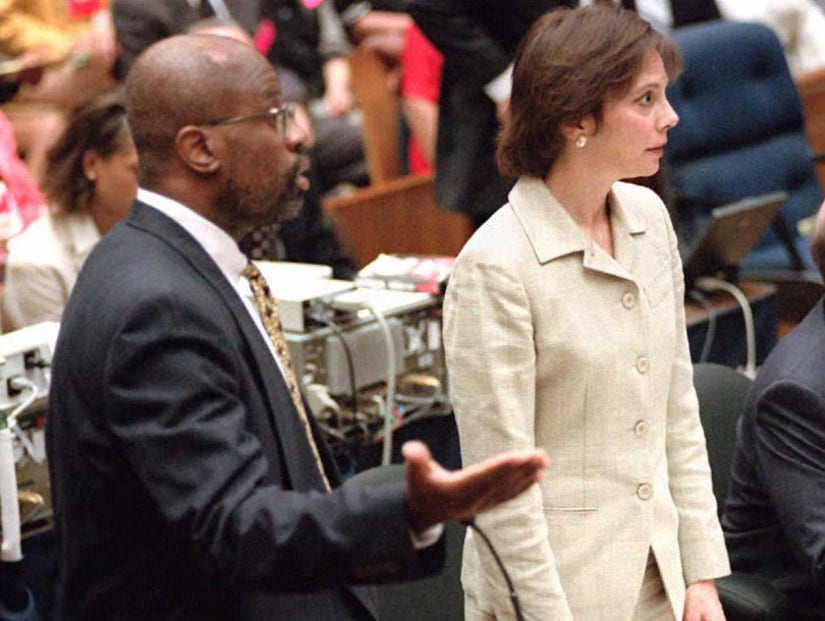 Marcia Clark's life is back in the headlines because of "The People v. O.J. Simpson." While her hair was usually a topic of conversation during the murder case back in the '90s, now she's in the hot seat over romance rumors.

The most recent episodes of the FX show have brought up Clark's rumored relationship with her co-counsel, Chris Darden.

In true Ellen DeGeneres form, the talk show host grills the famed prosecutor on what really went down behind closed doors.

Clark immediately looks uncomfortable, trying to downplay the situation. "It didn't seem that way to me."

Ellen, however, doesn't back down. "Did ya'll make out?" Marcia laughs hysterically each time Ellen repeats the question, which makes for a very awkward interview.

Check out the clip below to see if she ever answers!

Clark later admits that she was terrified to see her life play out on screen when she first heard about the project.

When Ellen asks what Clark thought when she heard her story would become a TV show, Marcia says, "No! Oh, please don't do this!" She adds that she "didn't want to relive the nightmare of it," but was partly relieved when Ryan Murphy became involved, and was even more comfortable with it when she heard Sarah Paulson would play her.

"You were treated so badly, and I don't think they would ever treat a man the way they were treating you," Ellen declares.

Can't get enough of "The People v. O.J. Simpson? Click through the gallery at the top to see where all the real O.J. murder trial players are now!