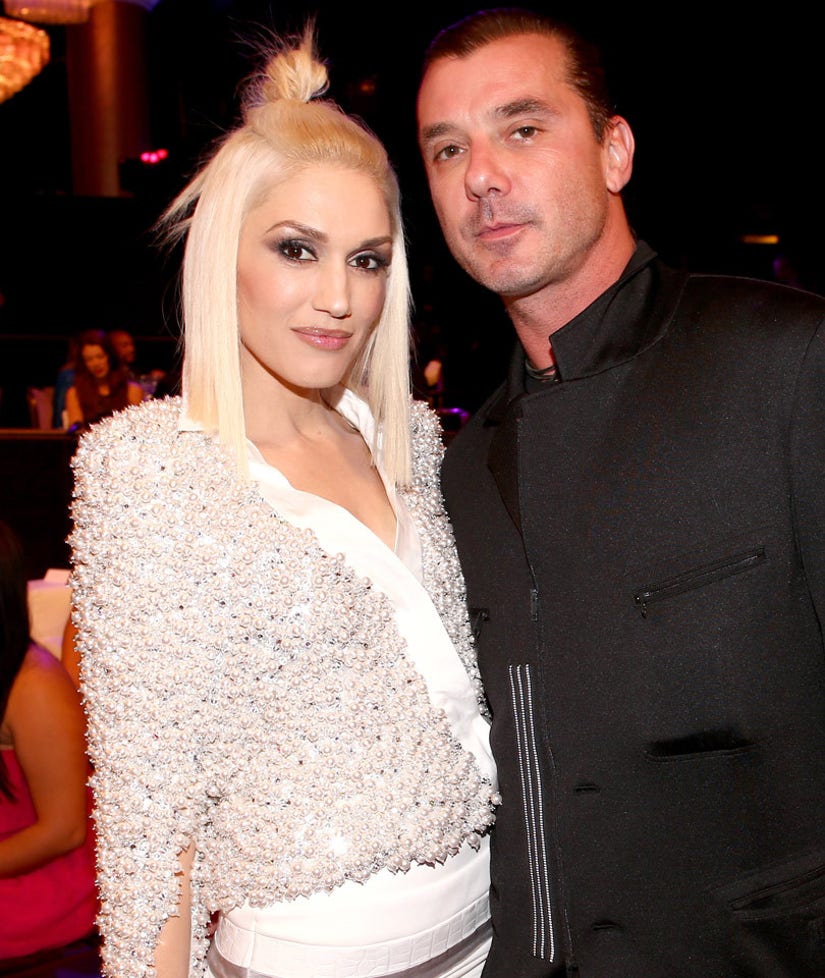 Gwen Stefani's new album, "This Is What the Truth Feels Like," dropped this morning -- and it's packed with references to her split from Gavin Rossdale and new romance with Blake Shelton.

It's definitely a very personal record for the No Doubt star, who says her life "blew up" in February 2015. While there have been rumors about her ex hooking up with the family's nanny -- who is now pregnant -- neither of them have commented on the specifics publicly.

Of course, that doesn't mean she's not dropping some hints in a few of her new songs.

Singles from the new album like "Red Flag," "Me Without You," "Naughty" and, of course, "Used to Love You," are all clearly about the Bush frontman.

"It was really a life-saver record for me," Stefani adds about the album. "It wasn't until I had to go through the worst tragedy that it really opened up a channel for me to be like, 'God gave me a gift. I'm going to use it now. Because if I don't, I'm going to die.'"

Listening to the record, Gwen definitely puts the blame on Rossdale, who she seemingly refers to as "Mister Shady" in one track.

"Shady so long that Mister Shady is your name," she says in "Naughty." "You see this finger wagging, wagging at you/The naughty, naughty things you do/You did it, you did it/And then you hid it, hid it."

"You're addicted, so addicted to the shame," she continues. "You try to sneak it, hide it and seek it/Put it in the past, try to antique it/Dirty secrets, you tried to clean it//Put one over fast but you can't bleach it."

In "Red Flags," she shifts the focus on herself for being so clueless about whatever he was doing.

"A little late warning signs/Punish me, I let it slide," she says. "Big mistake, red flags fly/Right here, but I close my eyes/Carelessly, I let it slide."

Stefani drills the lying factor home in "Truth," where she compares a former love with her new one. "But maybe I deserve this boy after all that I've been through/How can all of this be true?" she asks. "So this is what the truth feels like/This is more of what I had in mind."

And then there's "Me Without You," a revenge track all about moving on.

"And now I'm me without you/And things are 'bout to get real good," she joyously sings. "Watch me breathe without you/Oh, you're fading so fast/I can hardly see ya when I look back."

The album is out now -- what do you think? Sound off below!