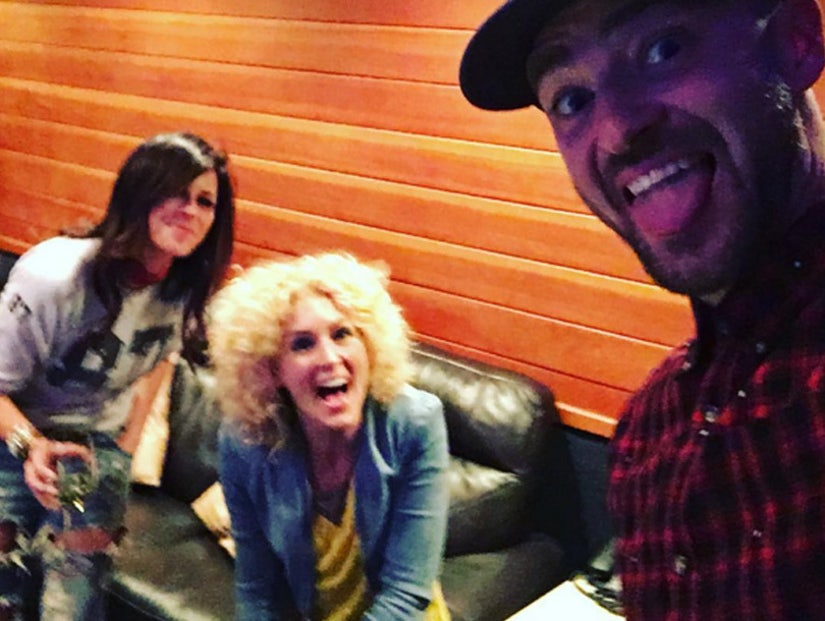 Looks like we're finally getting some new music from Justin Timberlake!

The pop star took to Instagram on Sunday, where he shared a fun photo from his time in the studio with country group Little Big Town.

In the pic, Timberlake poses with his tongue sticking alongside the band's Karen Fairchild and Kimberly Schlapman.

"NBD... Just writing with @littlebigtown This band is the truth!! So good!!!!" he captioned the candid snap. 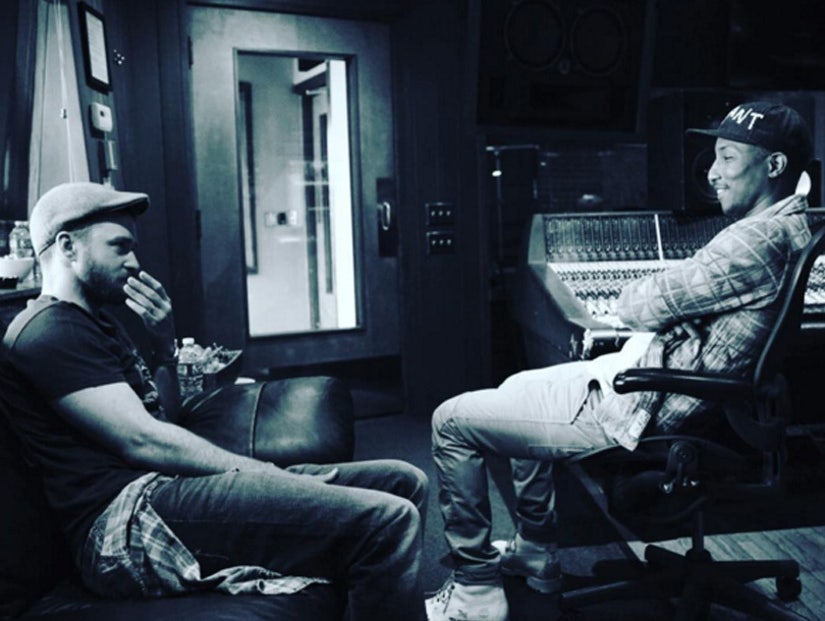 Justin also shared a photo of him in the studio with hit maker Pharrell Williams on Friday. In the snap, the "Mirrors" singer is seated across from "The Voice" coach inside a recording studio. "Currently ...." he posted with the pic.

Timberlake's last album, "The 20/20 Experience," dropped in 2013 ... so the former *NSYNC crooner is definitely due for some new music.

The last time we saw Timberlake perform was at 2015 Country Music Awards with Chris Stapleton, where they sang Justin's track "Drink You Away" and Stapleton's hit "Tennessee Whiskey" together.

Perhaps he Tennessee native's going back to his roots with a new country album? We'll have to wait and see!

What do you think about Timberlake's new photos? Sound off below and check out the gallery above to see more pop stars then and now!