Our immediate reaction to "Batman v. Superman: Dawn of Justice" can be summed up with one question: can Wonder Woman's solo movie come out, like, yesterday?!

Warner Bros.' ambitious flick had to succeed in doing just one thing: building anticipation for their expanded DC universe. And in that respect, they did ... especially when it comes to Diana Prince.

Gal Gadot's Amazon warrior steals the show. With her killer fashion and equally fierce battle cry, Wonder Woman is the only one in "Dawn of Justice" who genuinely looks like she's having a good time. Her sly smile screams, "Bring it on!" during the final battle and her sword-wielding skills make her the one you wish had more screen time. In our screening, her "hero moments" drew the biggest cheers from the audience.

After "Supergirl," "Catwoman" and "Elektra," it actually seems like we might finally get a superhero film with a solo female lead that doesn't suck. And, thankfully, it'll hit screens next year. 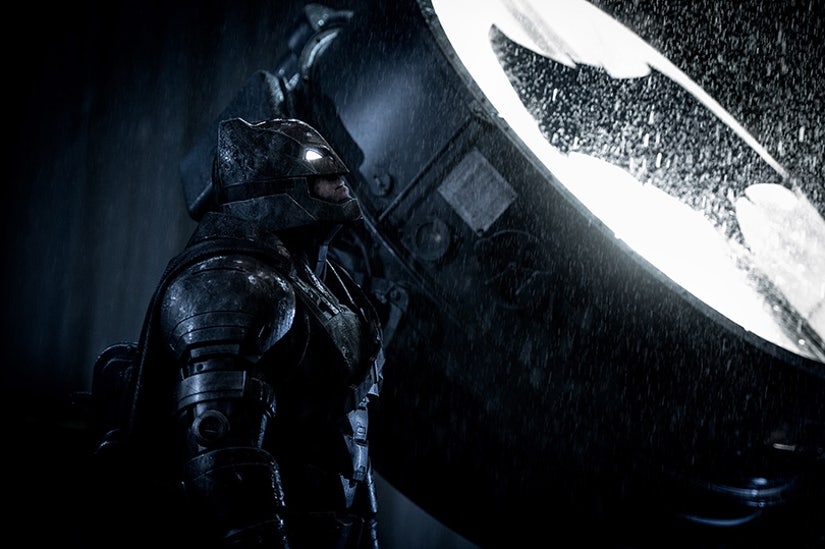 But for now, let's talk "Batman v. Superman," a movie that, at least on paper, belongs to a trio of boys: Batman, the Man of Steel and Lex Luthor.

Following the events of "Man of Steel," "Dawn of Justice" shows a world divided over how to deal with Superman. Some hail him as a god, while others, like Bruce Wayne, fear what could go wrong if his powers are left unchecked. It's an interesting premise, one that we'll see at work again when Marvel's "Captain America: Civil War" hits theaters in May.

Affleck does a serviceable job in his first appearance as the man in black. He's a little rougher around the edges than Christian Bale or Michael Keaton, bringing more of an everyman quality to the rich kid playboy. It's clear he bulked up tremendously for the role too; there's one training montage that will leave you in awe of his abs.

The big bad bat's gizmos and fighting style have gone through some revamps this time around too, taking some clear inspiration from the Arkham video games. We've never seen Batman fight like this, as he zips around the screen taking out bad guys with impressive precision and ease. With Alfred (Jeremy Irons, having fun with his too-small role) by his side, he's actually a pretty formidable foe for the red caped wonder.

As Lex, Jesse Eisenberg brings his unique sensibilities to the flick. If you're a fan of his fast talking arrogance from films like "The Social Network" and "Now You See Me," you'll love this Lex. If you don't, like this reviewer, it'll wear thin fast.

Henry Cavill spends most of the movie looking miserable, making you root for Batman to knock that scowl right off his pretty face. Amy Adams, meanwhile, gets a little more meat this time around, but is still in need of rescue at least three different times by her beefy beau. 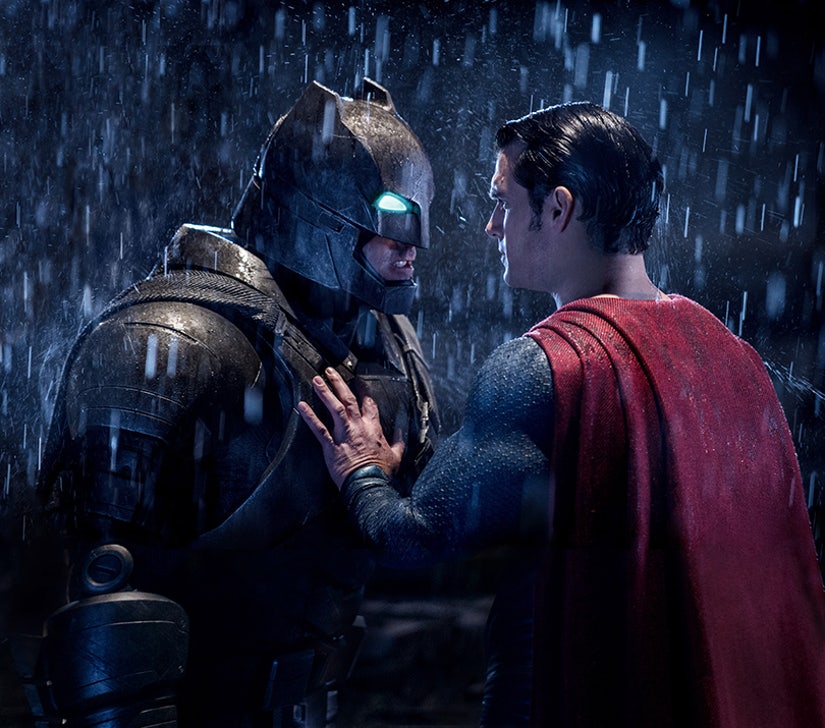 While the two final battles are awe-inspiring, the film leading up to them is plagued by melodrama and convoluted plot.

It's clear Zack Snynder wants his films to be the polar opposite of the bright, colorful and light-hearted vibe of what Marvel's doing -- but even a little levity goes a long way.

And clocking in at 2.5 hours, some of that running time could have been sacrificed to streamline the story, which is far more confusing than it needs to be. The flick travels between Gotham, Metropolis, the Middle East and Smallville, while also weaving through nightmarish visions of the future, a Senate hearing, Luthor's twisty mind games and the final act introduction of Doomsday (not a spoiler, it's in the trailers) ... who, by the way, looks blah.

Throw in some cameos from other Justice League members -- and there are quite a few of them -- there's A LOT going on.

At the end of the day, Warner Bros. and DC are giving fans something to be VERY excited about by uniting the Trinity for the first time on the big screen. Affleck's Batman has a pessimistic view of the future before the credits roll ... and, if it weren't for Wonder Woman's standout performance, we might too.

For now, we'll be cautiously optimistic about what the future of the Justice League film franchise could hold.

Can they just smile a little more next time? 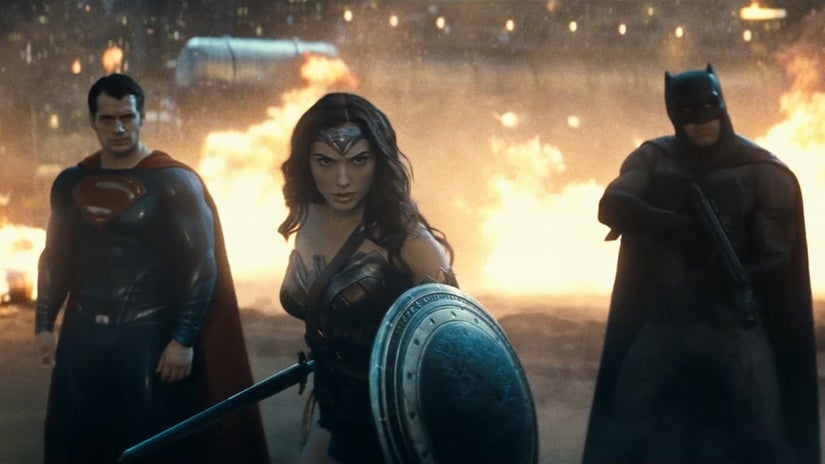