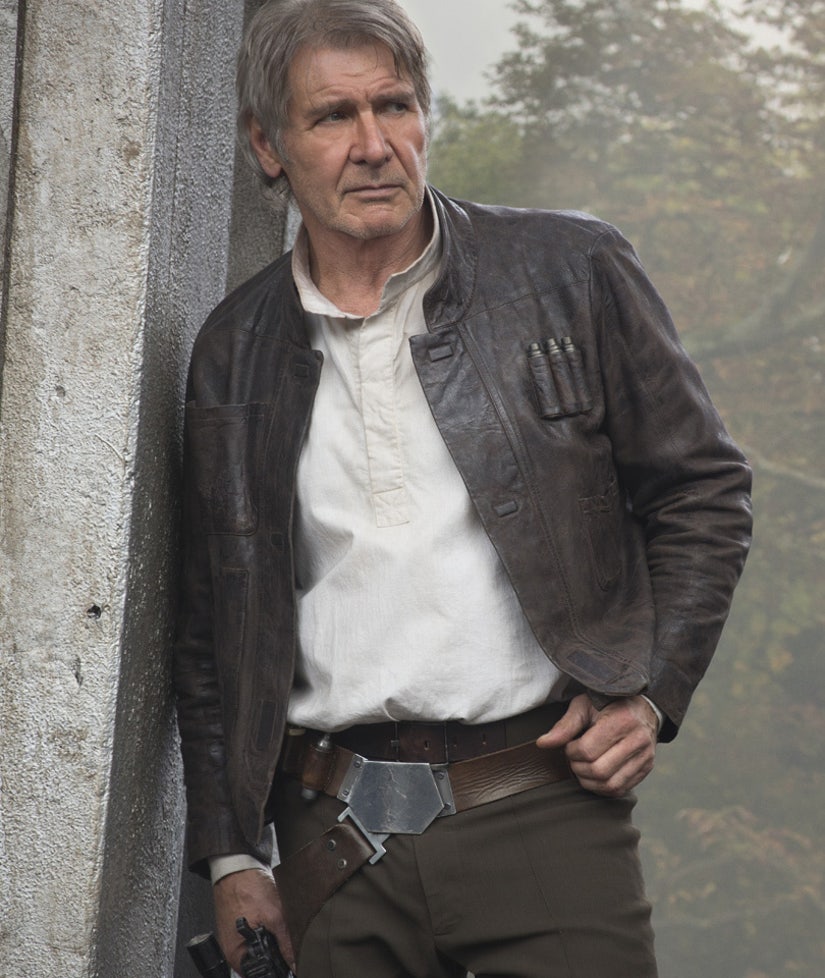 Longtime Han Solo fans were beyond shocked with Harrison Ford's character met the end of son Kylo Ren's lightsaber in "The Force Awakens." Now that he's out of the franchise, he's offering some advice to the actors who are vying to take his place as the "young" Han Solo.

"Don't do it," he jokes on Tuesday's episode of "The Ellen DeGeneres Show." "First, it seems like everything's going swimmingly, and you put in 25, 30 years, and then they just let you go. And they show you the door and say, 'We're done with you, thanks very much.'"

All jokes aside, Ford admits that he's "flattered" that so many young stars want to follow in his famous footsteps.

According to The Hollywood Reporter, Alden Ehrenreich, Jack Reynor and Taron Egerton are among those in consideration for the role.

Now that the Hollywood veteran has moved on from one major franchise, he's set to reprise his role of Indiana Jones in the film's fifth installment.

Disney announced the casting news last week, confirming that Steven Spielberg will once again direct and that it'll be released on July 19, 2010.

"Indiana Jones is one of the greatest heroes in cinematic history, and we can't wait to bring him back to the screen in 2019,” said Alan Horn, Chairman, The Walt Disney Studios. "It's rare to have such a perfect combination of director, producers, actor and role, and we couldn't be more excited to embark on this adventure with Harrison and Steven."

While "Kingdom of the Crystal Skull" saw Indy tie the knot with Marion Ravenwood (Karen Allen) and introduced his son Mutt, played by Shia LaBeouf, it's unclear if either will return.

Check out the clip above to see if Ford offers any additional details.

Are you happy to see Harrison step back into the role? And who do you think should replace him as the young Han Solo? Sound off below!