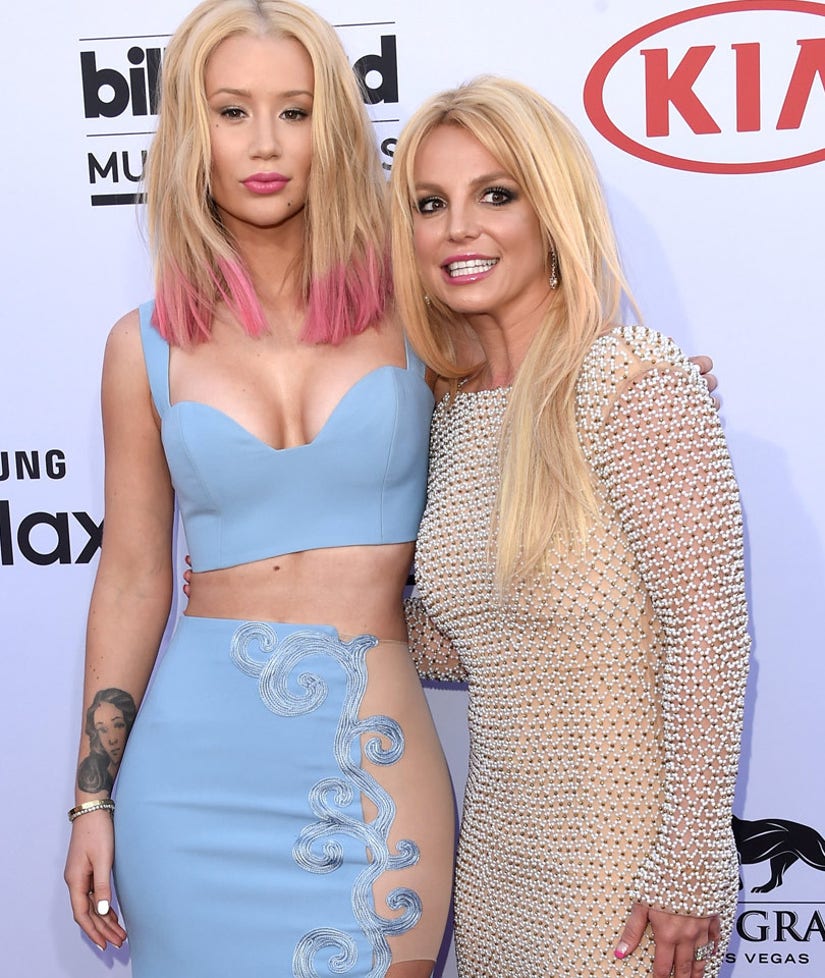 Is Iggy Azalea a bad influence?!

While collaborating on the song "Pretty Girls," Britney Spears came to the rapper's house so the two could meet over lunch. But, according to Iggy, the pop star's team had to sweep her home first.

"They came and checked my place to make sure I wasn't trying to stash anything weird and, like, give it to her, or something," Azalea said on last night's episode of "Watch What Happens Live."

"Wait, Britney had advance people come scope out the place?" host Andy Cohen asked. "Yeah, to make sure I wasn't a bad influence. And I'm not. I passed the test!" said Azalea, who added that Spears' team was "very nice."

Later in the show, the Australian star also got candid about her plastic surgery past.

After a fan asked why she decided to come clean about her breast augmentation and nose job, Iggy said other celebs need to be honest about their changing appearance.

"If you're going to do something that obvious and everyone's seen what your nose looks like before, and then it pops up looking [different]," she explained. "Everyone says, 'It's contouring'... Yes, it's contouring with chisel."

The 25-year-old also talked about her rumored feud with Nicki Minaj, who criticized her for not writing her own songs.

"I have just as many people on my writing credits as she has on hers," Azalea argued. "I know I write mine, and if she writes hers, I believe her too. But you can't look at the credits and be like, 'Oh look at this massive difference!' It's the same number of people on both."

As for being name-checked by Macklemore in his track "White Privilege II," Iggy doesn't think the lyrics were insulting, but added she would have liked to know about it before the track was released because then she "wouldn't have been blindsided."

One more juicy tidbit the rapper revealed was the craziest rumor she's heard about herself. "That I had a sex change when I turned 18 and that I was born with a penis and my name was Corey," Azalea said, laughing. "Why would my name be Corey? It would be Liam, that's my boy name… My mom always said if I was a boy I'd be named Liam."

Check out ALL the clips to learn more!