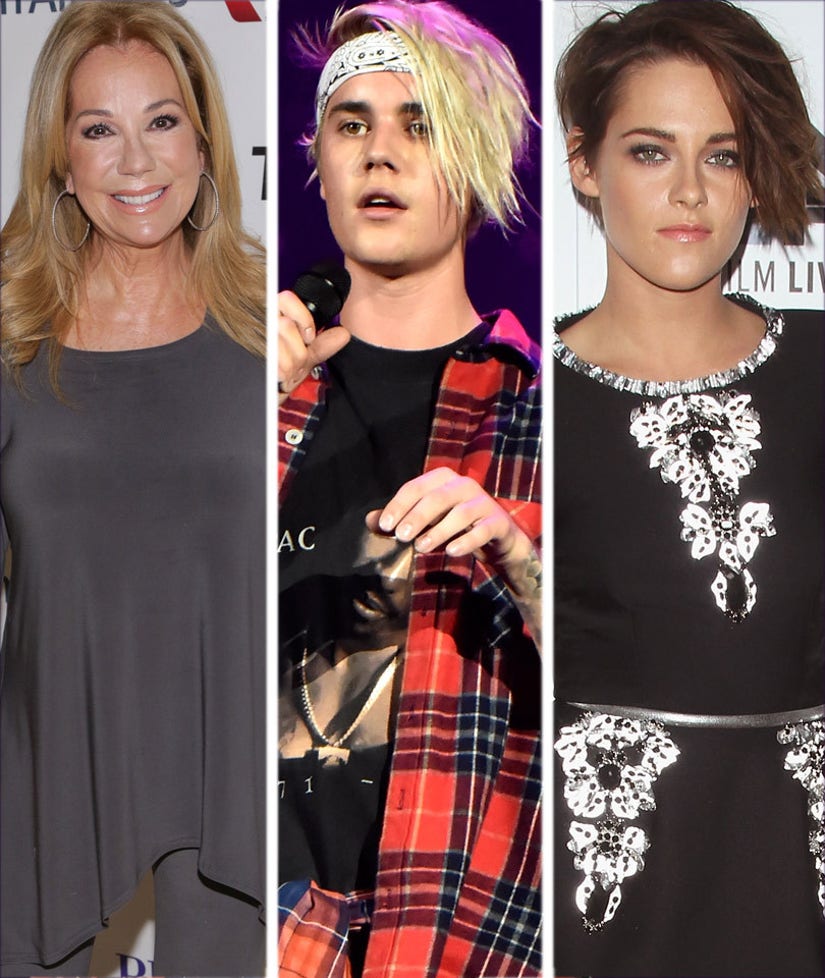 Does Justin Bieber have a doppelgänger? The answer is YES, according to Kathie Lee Gifford.

The "TODAY" host thought she was looking at a clip of Kristen Stewart when the "Sorry" crooner popped up on her screen during a segment on Wednesday morning.

"That looks like a woman … I'm sorry, I keep thinking, 'Is that Kristen Stewart?'" Gifford asked co-host and BFF Hoda Kotb. "There's earrings … does it not look like Kristen Stewart? Is that Bieber?"

While we think she should get her eyes checked, we admit there's a small resemblance between the two stars. They do have a similar hair cut, right?!

The outspoken talk show host went on to talk about Bieber's latest move to stop having meet-and-greets with his fans.

In case you missed it, the "Love Yourself" singer said he doesn't want to meet with fans because he ends up "feeling so drained" and "mentally and emotionally exhausted to the point of depression."

Gifford didn't hold back when she talked about the topic.

"He has 114 shows scheduled … maybe he should not do as many tours. … I think he's awfully young and awfully fit to be exhausted. Look what Taylor Swift does for her fans," Gifford declared. "It's not a good idea to disappoint fans. … That is not cool because the people that love you will stay with you for the rest of your career if you treat them right."

Kathie Lee has a point, but she might have just ignited a feud with Bieber!

Whose side are you on? And do you think Justin looks like Kristen? Sound off below.