Jonah Hill and Miles Teller have teamed up for a hilarious new comedy, "War Dogs."

The movie -- which is actually based on true events -- follows the story of two men, David Packouz (Teller) and Efraim Diveroli (Hill) in their early 20s, who score a $300 million deal with the U.S. government to arm the Afghan military during 2007's Iraq war.

In the trailer, the duo make a deal with the Pentagon -- before finding out that their offer came in $53 million lower than their competitors -- to provide weaponry to the Afghanistan military. 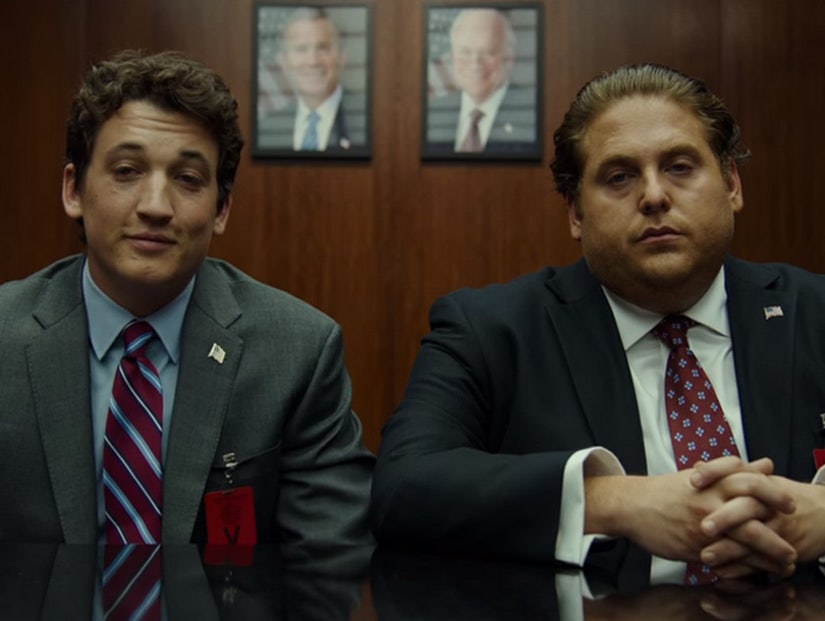 "They call guys like us war dogs -- bottom feeders who make money off of war without ever stepping foot in the battlefield," Diveroli says in the clip. "It was meant to be derogatory, but we kinda liked it."

But that's not exactly the case for these two, as they decide to travel to the Middle East to deliver the guns themselves.

In real life, the duo illegally acquired the goods from Chinese manufactures ... which halted their contract with the U.S. government and landed Diveroli in prison for fraud.

It definitely looks like Hill and Teller have hilarious chemistry together in the trailer, and with "The Hangover's" Todd Phillips directing the movie, it's probably going to be pretty funny.

Are you excited to see Jonah and Miles in action? Sound off below and check out the gallery above to see more movie transformations!