Nick Jonas has a steamy new single out - and the music video's steamier!

On Thursday night, the 23-year-old took to Twitter to announce the release of his single "Close," which features the Swedish songstress Tove Lo.

Through the song itself, the two singers share their infatuation with each other, telling each other that "if I want you, then I want you, babe."

"Space was just a word made up by someone who's afraid to get too close," they both croon, though Nick sings in a falsetto so high it's tough to tell who's who.

Fortunately, on Friday morning, the music video dropped to clear it up! 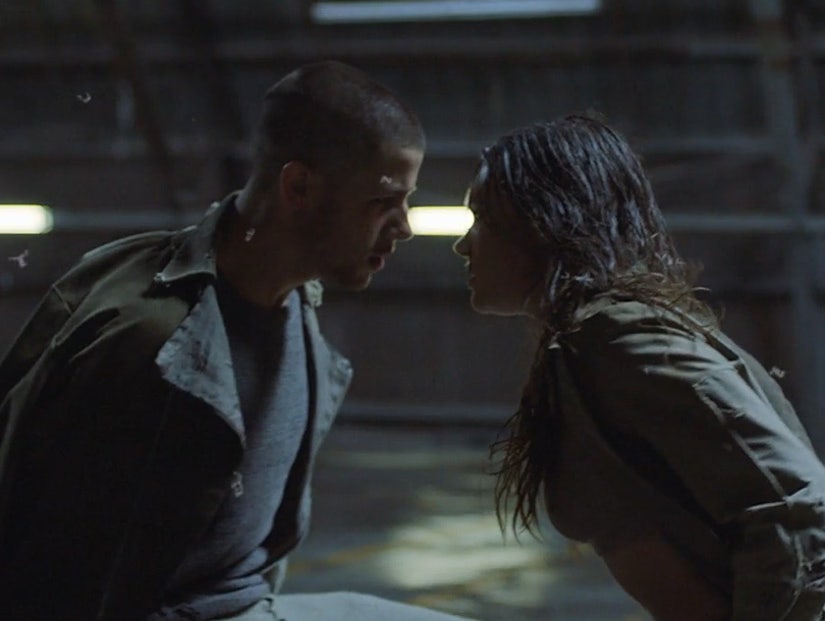 Nick and the 28-year-old songstress sit opposite each other in a darkened hall - and their chairs start moving of their own accord, flinging the performers toward and then away from each other.

And that's when it starts to get NSFW.

As the chairs slide this way and that, Nick and Tove's clothes start falling to bits and flying off them, until they're both in nothing but their underwear. For Tove, this includes garters.

"Close" is from Nick's upcoming album, "Last Year Was Complicated," which drops June 10th, but which you can already pre-order now!

And Nick'll be joining Demi Lovato on a whirlwind, 37-city tour to celebrate the Honda Civic's 15th Anniversary, which starts in Miami on June 24th.

What do you guys think? Does this new single get your pulse racing for the rest of the album? Let us know in the comments!