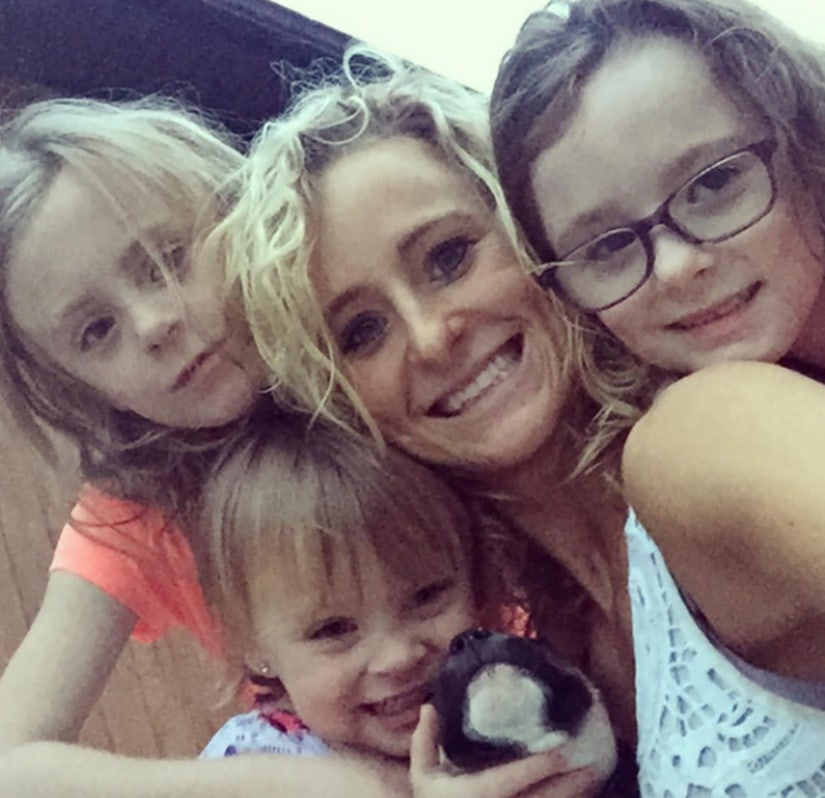 "Teen Mom 2" star Leah Messer found herself at the ire of the Internet this week after the new season premiere -- and now, she's fighting back.

On Monday night's episode, the reality star was seen corralling kids Aliannah, Adalynn and Aleeah into the car to drive them to school. Once inside the vehicle, Aleeah started complaining to her mother about being cold and hungry.

"I don't trust you, take me back home. You're always worrying about everything else except for going to pick us up and giving us lunch," the 6-year-old exclaims in the clip below. "I'm cold and I don't have nothing to eat. You never get us up for breakfast."

Messer's reasoning for not giving them breakfast was simple: She already has to get up at 5am to drive them to school, which is 45 minutes away from her home, near where their father lives. She doesn't want to get up any earlier and the kids can get breakfast at school.

After getting some major backlash online over the past few days, Messer fought back today on Twitter.

First, she posted a photo of her youngest daughter enjoying a hot breakfast at home. "Baby wanted pancake and sausage on a stick, yogurt, and strawberries for breakfast! She is so happy," she captioned the pic.

She then launched into a rant against MTV, after one fan tweeted her, writing, "There is no amount of money that could make me continue filming after the way people bash @TM2LeahDawn ... Idk why she does it ... #teamleah."

Appreciating the support, Messer went off.

"I will still be thankful that I'm in the best place I've EVER been in my life and will continue to grow," she started writing. "It's so sad how the person behind the editing can even live a happy life by editing to manipulate the audience watching. It makes me feel like my story just isn't enough."

"I DID hit rock bottom but I come out of it and I was willing to air it ALL because if just ONE person Watched and reached out for HELP even when they feel so ALONE that's all I cared about because I could NEVER imagine ANYONE feeling the pain, hurt, depression AND anxiety That I WAS suffering from," she continued.

"I wanted to bring awareness and HELP others and if MTV couldn't share that then I will do it on my own the way God wants me to," added Leah. "As hard as it was to go through. I know there's reasoning why I went through it."

"It hurts to feel BETRAYED by the ones I THOUGHT I could trust with my story," she then wrote. "It goes to show you how 'THE ENTERTAINMENT WORLD' really is and I guess everyone will see where I REALLY am starting EPISODE 4. When others that is suffering could ALREADY be reaching out for help .. It just BREAKS MY HEART!!! It's NOT okay but I KNOW that I am NOW in such a AMAZING place and I LOVE YOU ALL!"

"I hope to continue to share my story but I REFUSE to allow it to be twisted for the benefit of a NETWORK," she added, making it clear the clapbacks against MTV likely won't end anytime soon.

In a sneak peek at next week's episode, Messer's ex-husband, Corey Sims, is awarded primary custody of the twins.

"You're going to be primary caretaker, primary legal custodian," his lawyer tells him. "[Leah] no longer has the decision making, it's shared now. So you both have to share it."